When Chris and I decided to live in San Juan Del Sur for the winter, we didn’t know we’d just arrive close to one of the biggest turtle spot of Nicaragua. It’s only a days after arriving that we saw groups of people leaving for turtle tours. We didn’t ask anybody about it for a while until I decided that was something we should do! That’s when we realized that if we wanted to see any turtles, we had to get our butt in gear!

The Olive Ridley turtle season starts in July and ends in January. Because we were mid-December already, there wasn’t any time to waste. We showed up at Casa Oro, the only place in town that seemed like they had a decent turtle tour in town, but the turtles weren’t there yet… We had to wait for a good three weeks before they finally came back! The next day, we’d already booked our spot on the tour.

At 7 PM, we showed up at the hostel and sat for a 20-minute presentation, where we learned more about the Olive Ridley turtle (which is one of the smallest of the sea turtles), how long it takes them to make their nest and how long the incubation period is. Turns out it takes the mama turtles around an hour to dig their nest, and 45-50 days for the baby turtles to come out of the sand. 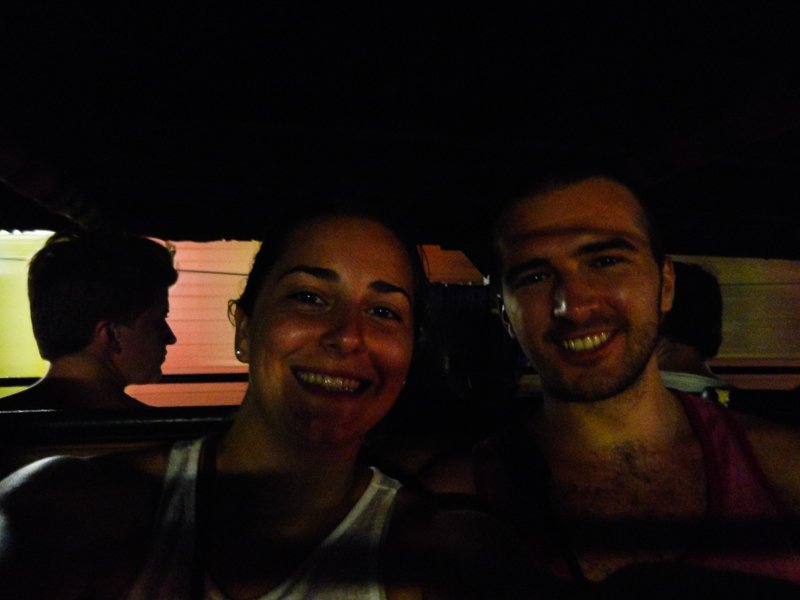 Excited to see lots of turtles, we jumped in the back of the most uncomfortable truck in Nicaragua and headed south on a bumpy road. I can tell you it wasn’t very enjoyable, but it’s well worth it if you want to see the turtles! 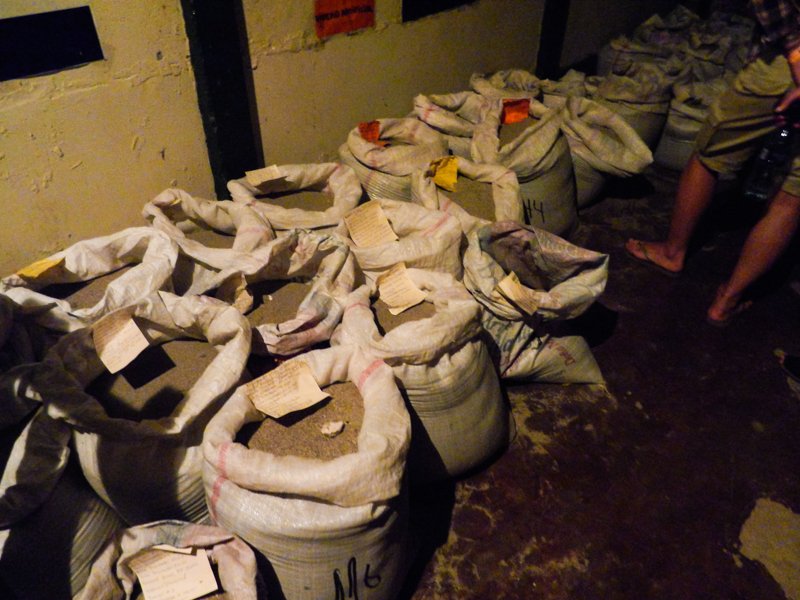 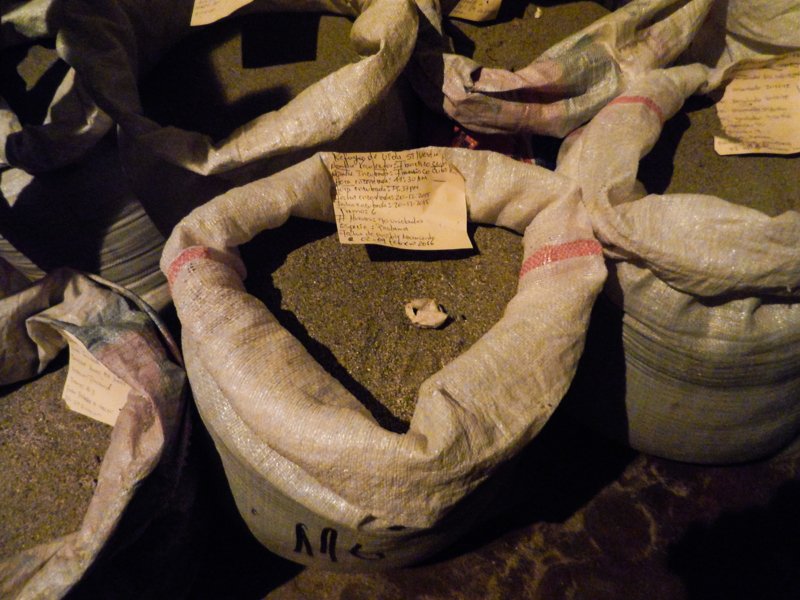 When we arrived at La Flor Reserve, our guide took us to the main office where they had turtles nests in bags. Apparently, the turtles have a tendency to dig each other’s nests up, as there isn’t enough room for all of them, so the reserve people transfer them into bags and release the hatchling when they see them popping up. There wasn’t any when we were there, so we didn’t get a chance to see any of those cute little turtles faces.

Finally, we headed down to the beach with our red lights (because bright white lights annoy the turtles). We honestly couldn’t see much (hence the bad pictures), but we tried our best! 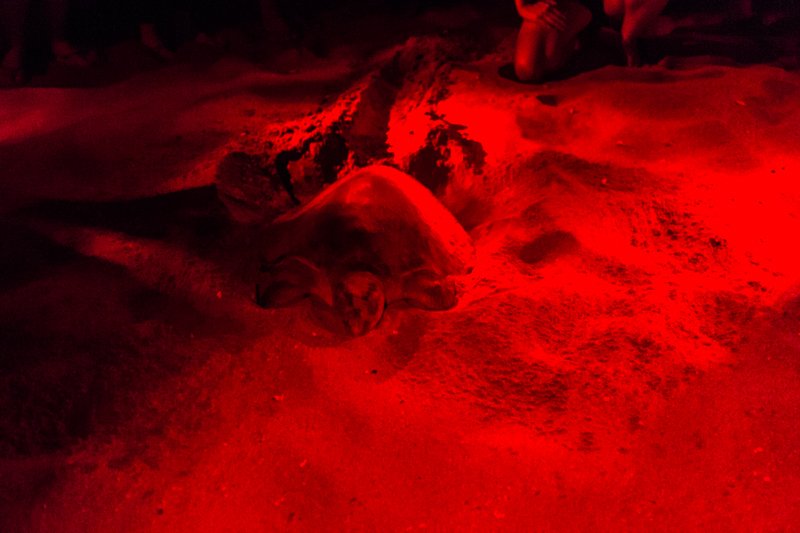 We were lucky enough to see dozens of mamas like this one, at different stages of hole digging. We even witnessed one digging up someone else’s eggs, which made me realized there were probably eggs under my feet at all time… Not the best thing to think about when you want to harm them as little as possible. 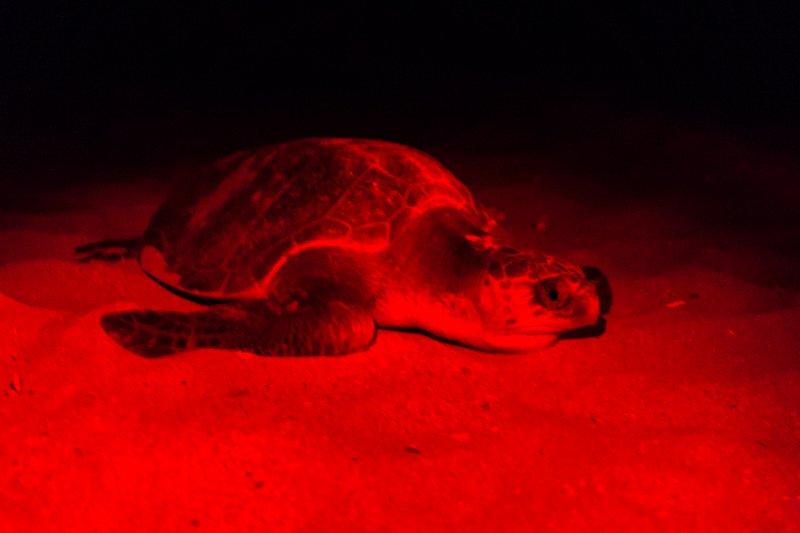 Chris and I had a fun time exploring a bit on our own. The what the guides were saying was interesting, but the groups were too big, and we just couldn’t see anything. So we went for a quick little walk and stumbled upon so many turtles. It was fun to hear them tap their flippers on the sand, or watch as they dug their holes. 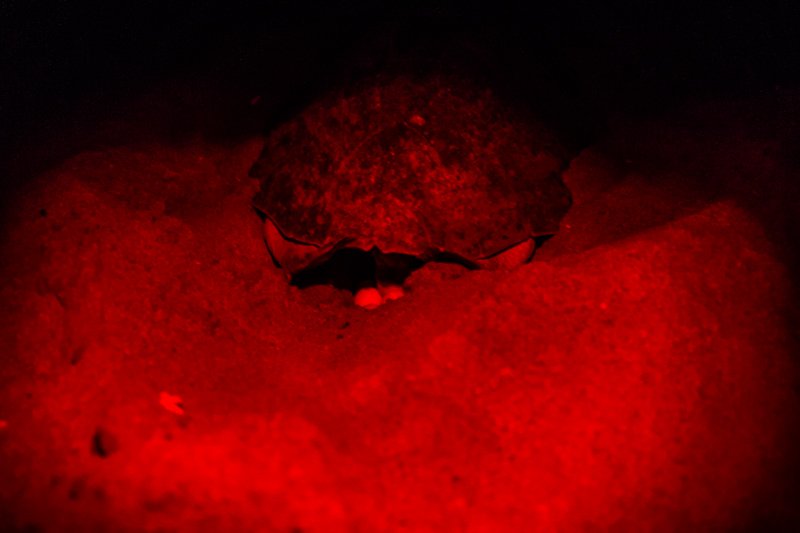 We were even able to see one lay eggs right in front of us! See in the image above, those white littles balls? Those are the eggs! They’re as big as a ping-pong ball and have a leathery texture. There are so many empty shells on the beach that you wouldn’t have a problem feeling the texture. Just bend over and I bet you can reach one! 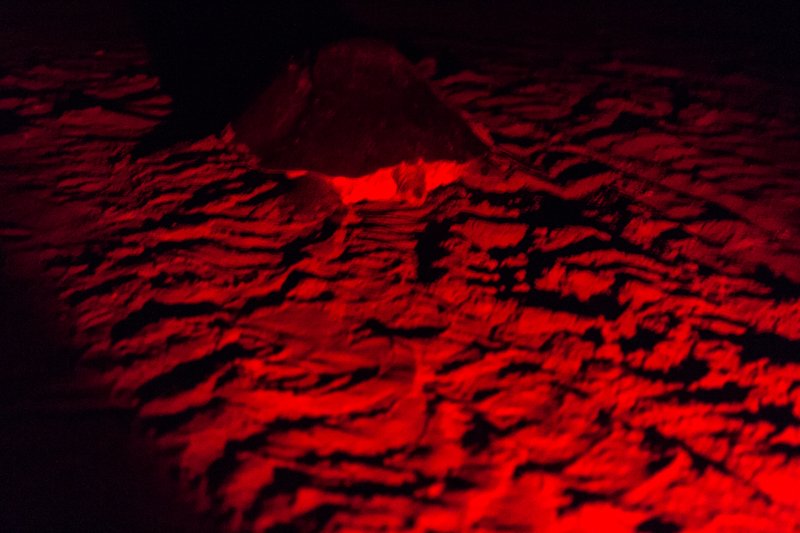 We continued to walk, looking for hatchlings, but couldn’t find any… It appears they weren’t old enough yet! We did find two nests that seemed they had hatched recently, but the babies were all gone already. Too bad! We’ll see some another time.

We did mistake a lot of crabs for hatchlings, though… There are quite a bit of those on the beach, so watch where you’re stepping!

And we ended the night looking at the beautiful sky full of stars. I wish I could show you pictures, but without a tripod it was impossible. But believe me, the sky’s worth it! The moon was gone during that night too, which made the sky brighter, but it made it a lot harder to find the turtles. But after all, that’s probably what they want!

If you plan to check out the turtles during your visit in San Juan Del Sur, I’d recommend doing it with Casa Oro! They have great guides, and their presentation is super interesting. And don’t worry, they won’t take you if they know there won’t be any turtles!

Have you seen turtles in the wild before? Were you luckier than us and got to see hatchlings? 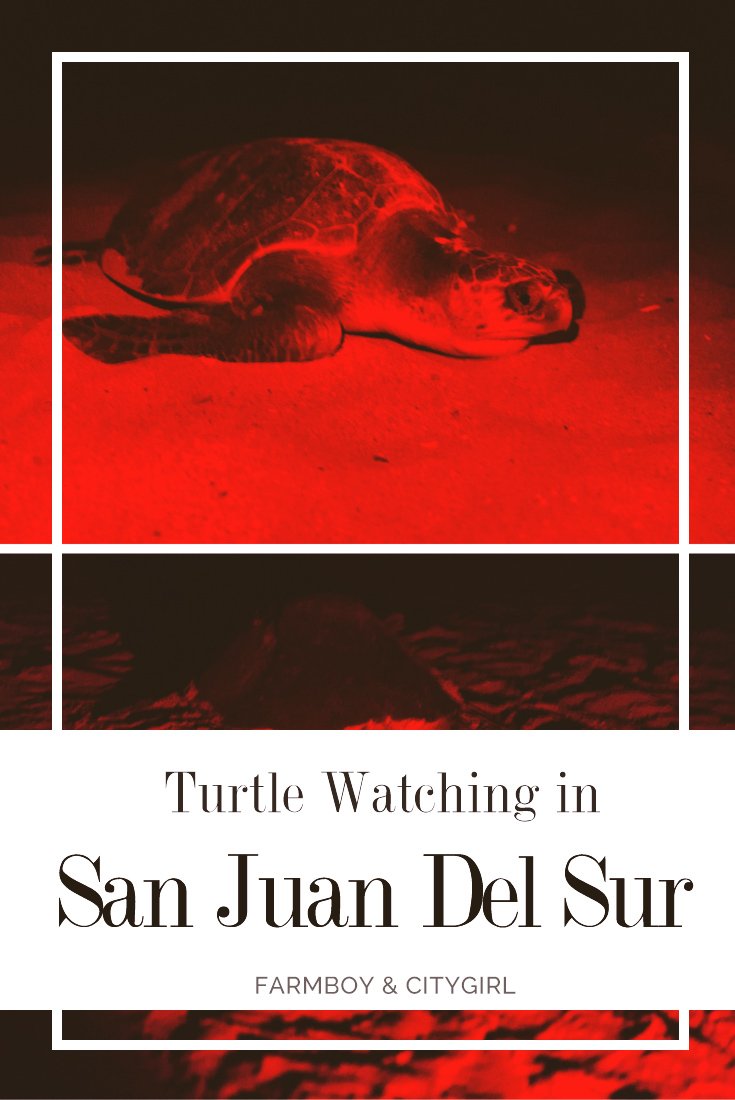 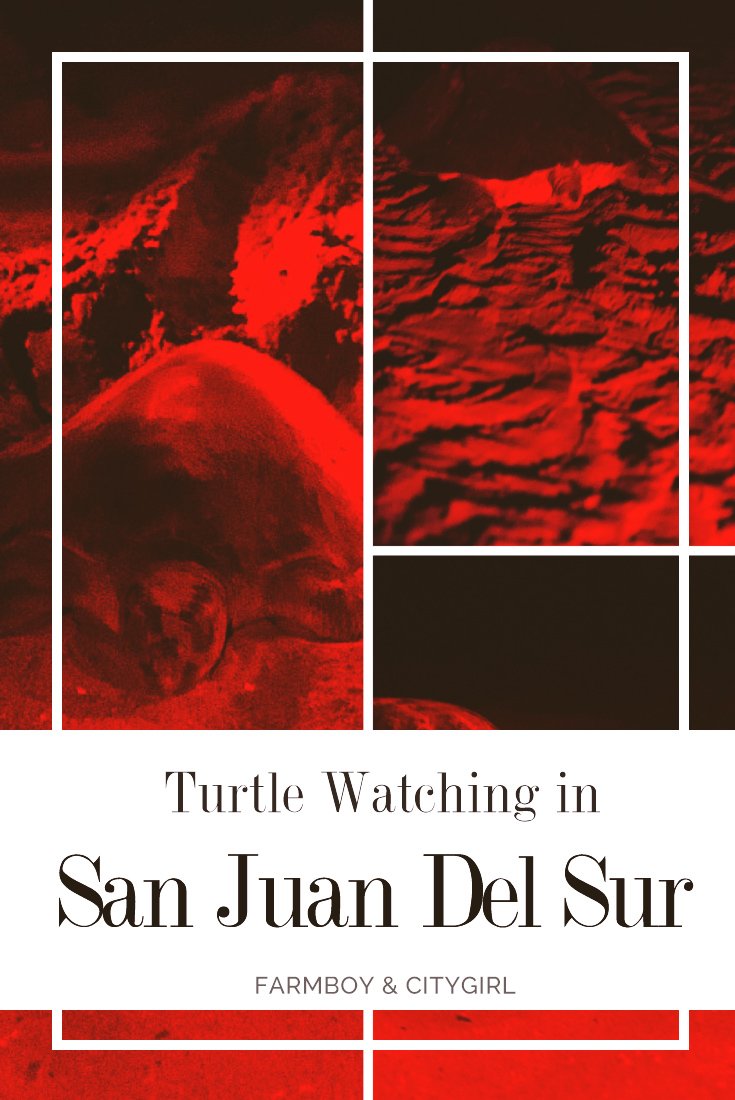