If you’ve heard of San Juan Del Sur before, I bet you also heard that it’s a surf town. If you haven’t, well I’m telling you: San Juan is an ultimate surf town! You’ll see people walking with their boards all around town; they’re hard to miss.

The sad thing though is that you can’t surf in San Juan itself. The bay doesn’t have any waves (most of the time), so you need to go to nearby beaches to catch some. If we could have surfed in town, Chris and I would probably have bought a couple of board and tried it out, but because we couldn’t do it on a daily basis, we decide not to.

Instead, we’d been talking about catching a shuttle and renting boards for the day and go to Playa Hermosa for the day (and bring a couple of beers or a bottle of wine). But I’d never surfed before in my life (except when I caught a few waves by accident with my paddle board in Mexico, which isn’t considered surfing in my opinion!) Even though Chris kept saying we didn’t need lessons and that we’d figure it out eventually, after enough practice, I’d heard a lot of people saying it was quite difficult to learn. So I booked a lesson behind his back and didn’t let him know until the night before, so he couldn’t back out!

On the morning of our surf lesson, Chris and I walked over to Moke Huhu, the guys we’d be surfing with! There were already a few other people there, and their truck was loaded with the boards. We each grabbed a rash guard (which was absolutely necessary if you want my opinion), and jumped on the back of the truck! 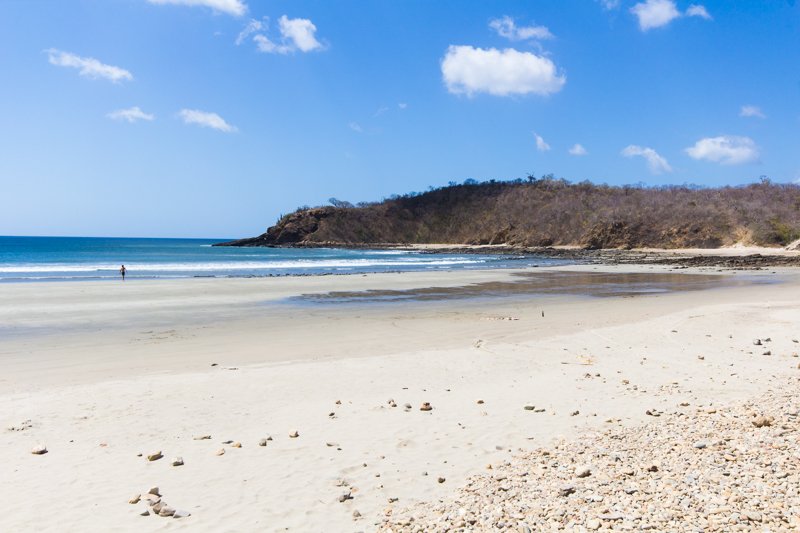 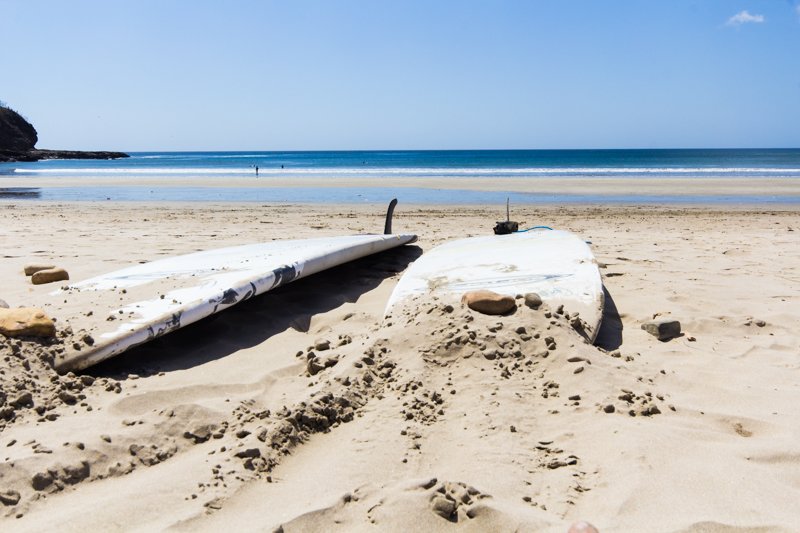 We arrived at Playa Remanso ten minutes later, dropped all our stuff in front of one of the two restaurants and followed our instructors to the beach. We were dying to go in the water, as it was quite hot, but we had to learn a few technical things first. Both our instructors (we were four people taking the lessons) spoke very good English! They explained to us how to stand on our boards, how to go over waves, which part of the water we’d want to stay in, etc. They gave a lot of essential info! If you’ve never surfed before, I definitely recommend taking a lesson. Otherwise, you could hurt yourself or people around you. It’s also very useful to have an instructor once you’re in the water and trying to catch the waves, to make your experience more fun 🙂 They can push you if you don’t paddle fast enough (or if your arms are completely dead like mine were).

When they were done checking that we remembered everything, it was time to hit the water for the real fun! Chris was the first to go, but he, unfortunately, fell over before he could catch the wave properly. Me, on the other hand, was able to surf my very first wave! I really don’t know how I did it, but I guess it worked! 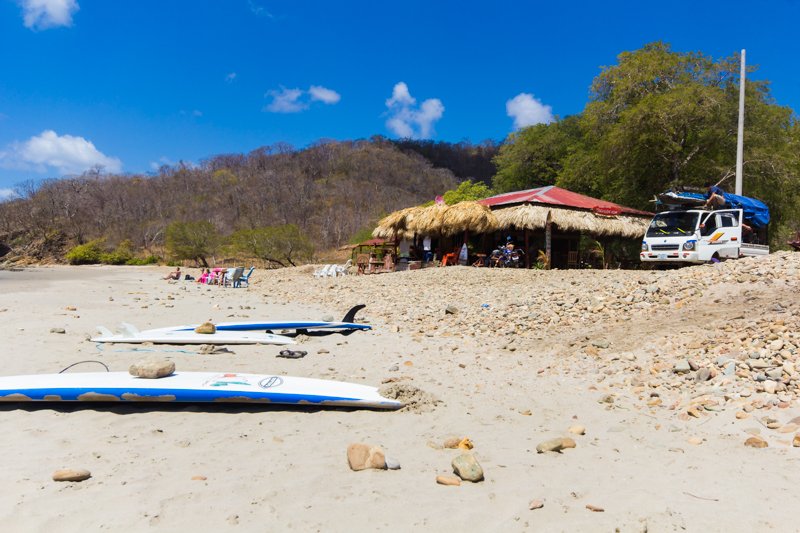 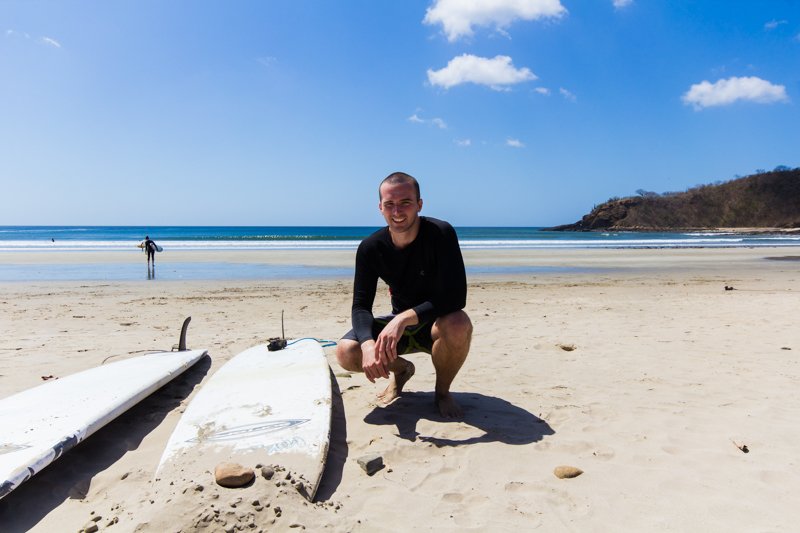 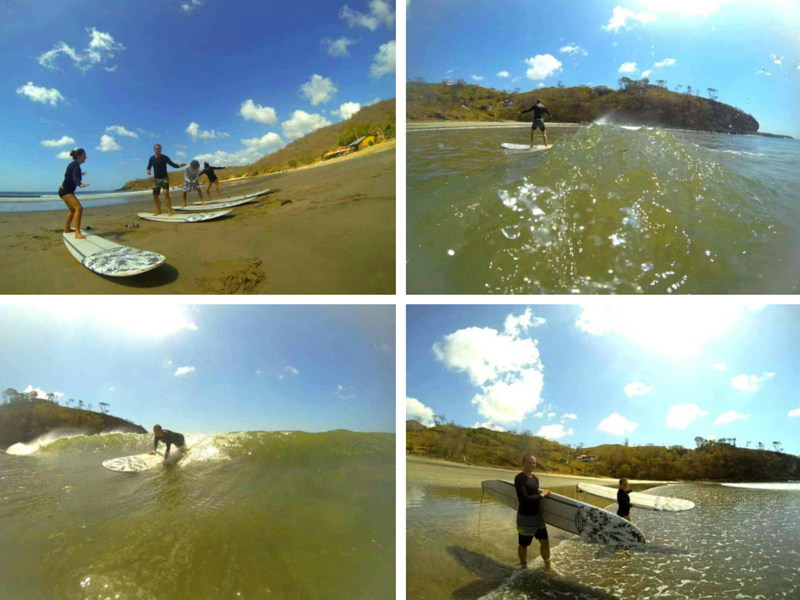 We spent an hour in the water with the instructors, catching waves after waves to the point where I was out of breath and couldn’t paddle anymore! Before going there, I read about someone not being able to stand on their boards anymore because their arms were too tired. I didn’t realize until I was surfing myself, how HARD it was on the arms! To be honest, I don’t have any arms or back muscles, even though I pretend I’m in shape because I tread water for half an hour almost every day. Yeah, no. Not really.

Even though it became harder and harder, it was a lot of fun! The feeling of catching a wave is exhilarating and I wish I could have caught more waves without having to paddle so hard. Unfortunately, that’s not really possible.

After two hours, the lesson was over, but we got to keep the boards for the rest of the day. We took a quick break and got some water before heading back to the water and try to catch a few waves on our own. We didn’t catch nearly as many as we did with the instructors, but we still had a lot of fun! The water was getting a bit more crowded with surfers, so we ended up coming back to the shore for a quick lunch. 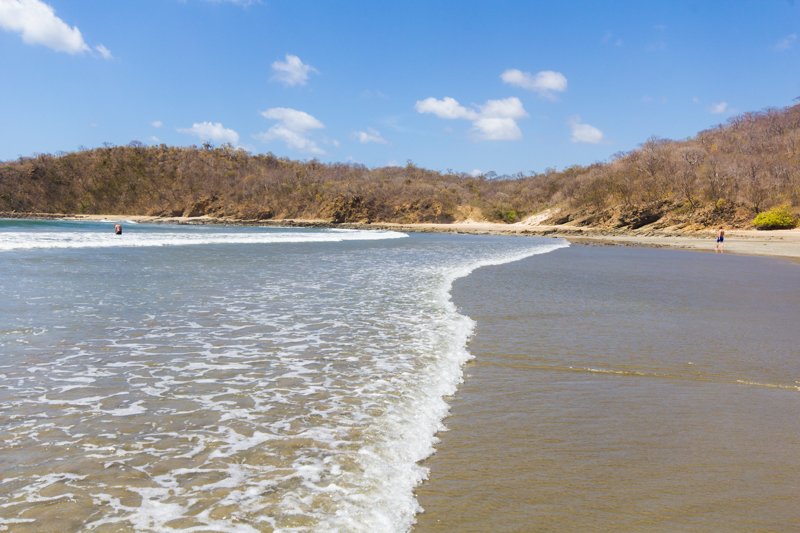 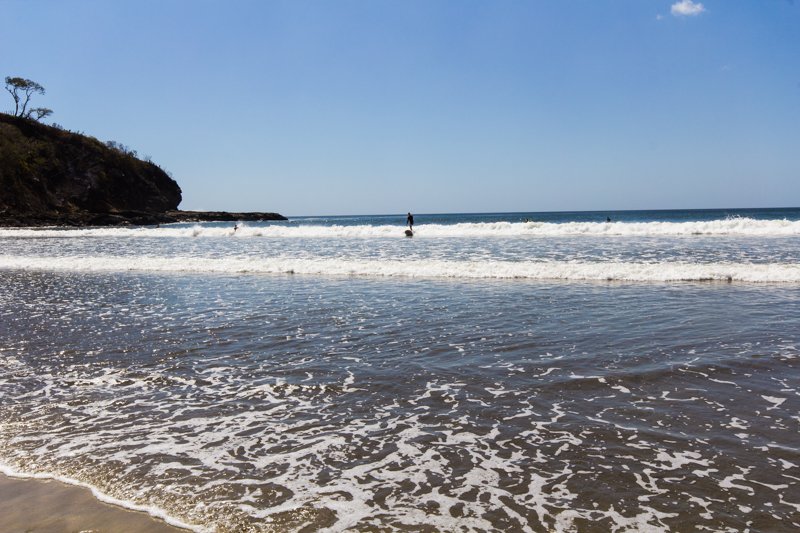 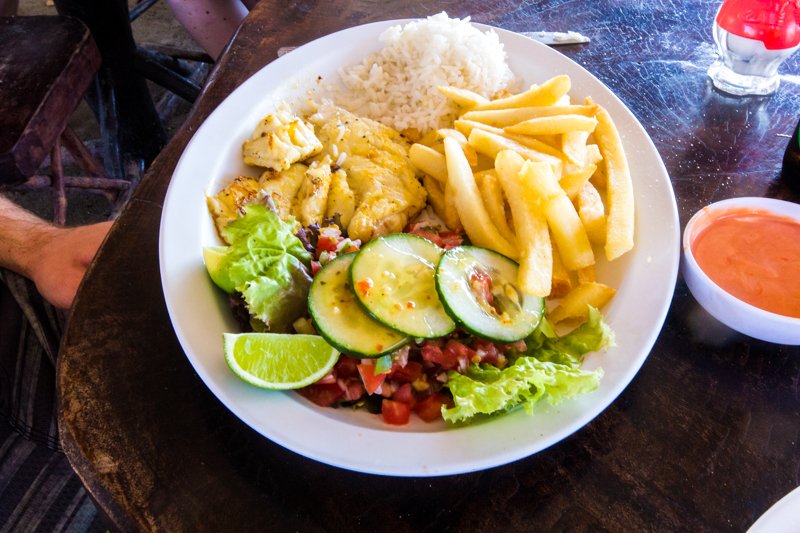 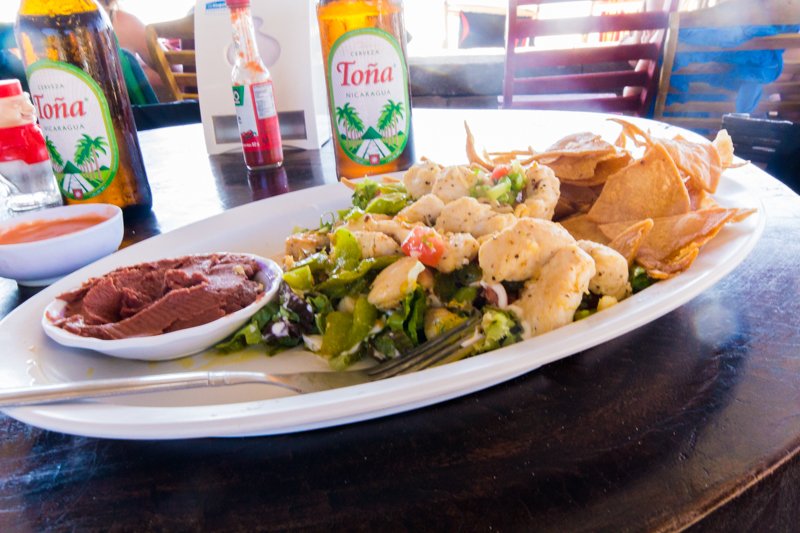 Our lunch was pretty delicious, combined with cold Toñas to cool us down a bit. After surfing that much, believe me, you’ll be hungry. If you don’t want to spend money at the restaurant, you can always bring your own food and eat it on the beach, but meals are usually cheap. In our case, we ended up paying 500 cordobas ($18) for the both of us. That’s a lot cheaper than North America! 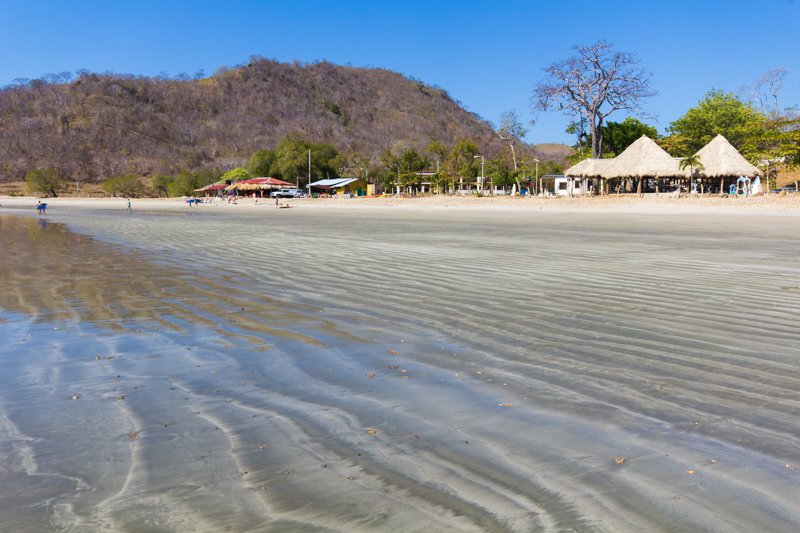 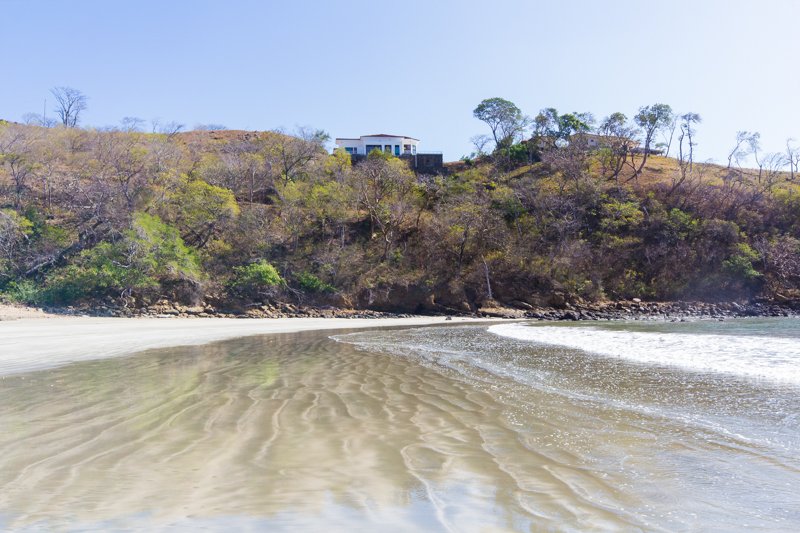 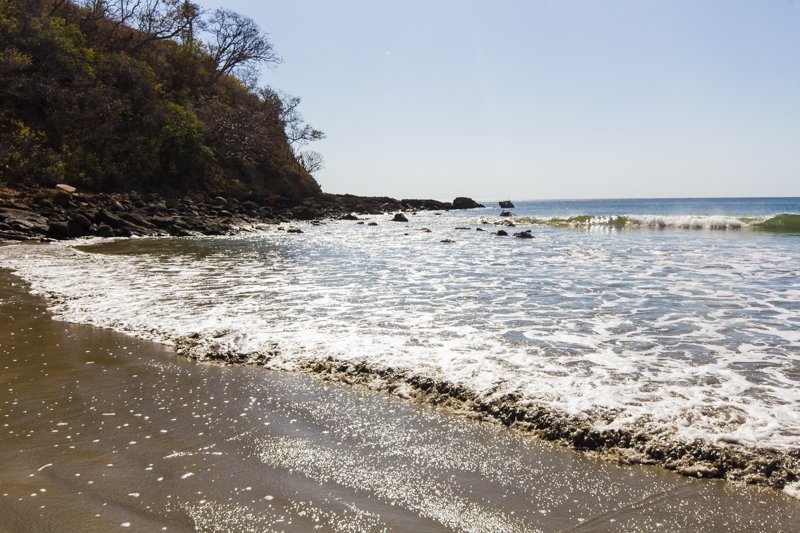 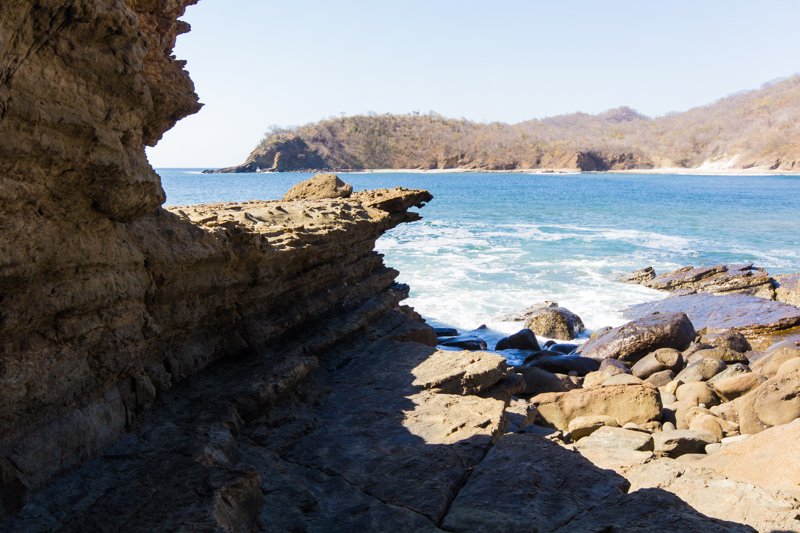 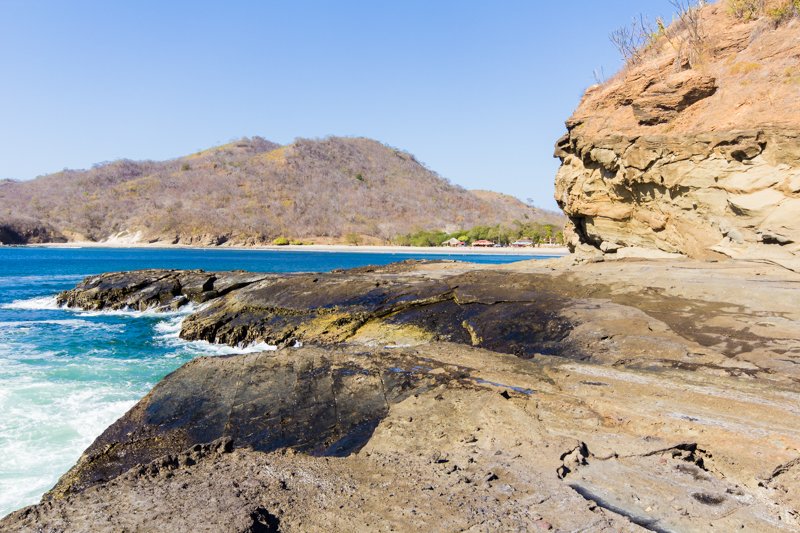 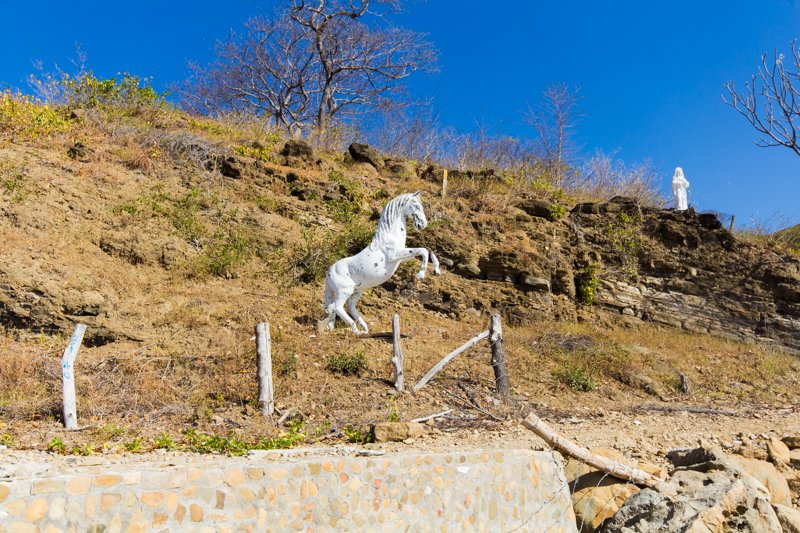 Because we didn’t want to go back in the water right after eating, Chris decide to go for a walk and explore the rocky side of the beach while I stayed on the sand and read a few chapters of a book. As you can see from the pictures, Nicaragua can get pretty dry! Since we arrived here two months ago, it only rained once… It’s apparently causing more and more problems, especially to the local monkeys. 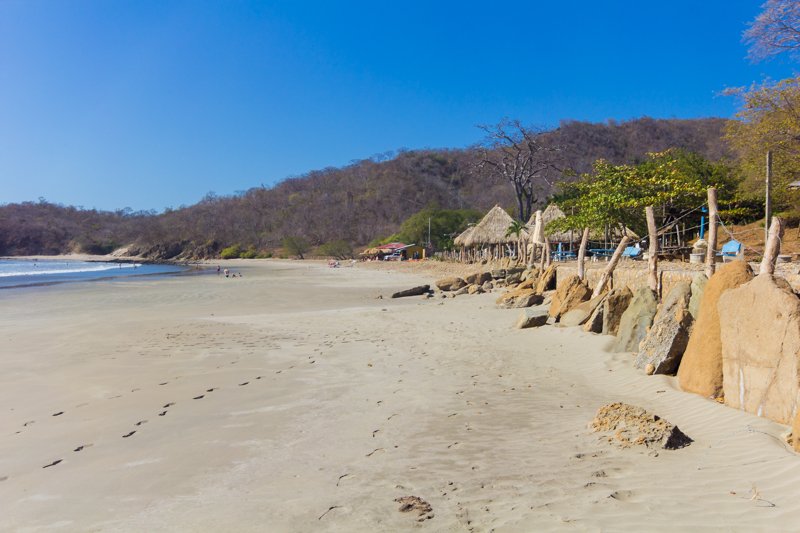 We ended up going for one more swim with our boards, but we couldn’t catch any waves. Maybe the tide changed a bit, but I blame it more on our muscles being too weak to paddle and stand! It was getting too hard, so we ditched the boards and went for a normal swim before it was time to head back home, around 4 PM.

It was only once we got home that we realized that even if we put sunscreen on every two hours, we’d still burn quite a bit! Chris’ head was the worse part, as he’s got short hair and didn’t put any sunscreen on it (he didn’t think he’d burn, and as a girl, that’s not something I have to worry about). He’s still recovering slowly, after staying in the shade for two days after that!

So if you do go on a surfing trip: BRING LOTS AND LOTS OF SUNSCREEN! You won’t regret it! (You’ll regret it though if you burn…)

And if you’re wondering who to go with, the Moke Huhu guys were very friendly, spoke great English and had some nice long boards for us! 🙂

A big thanks to Moke Huhu who offered us complimentary surf lessons. Our opinions are our own. 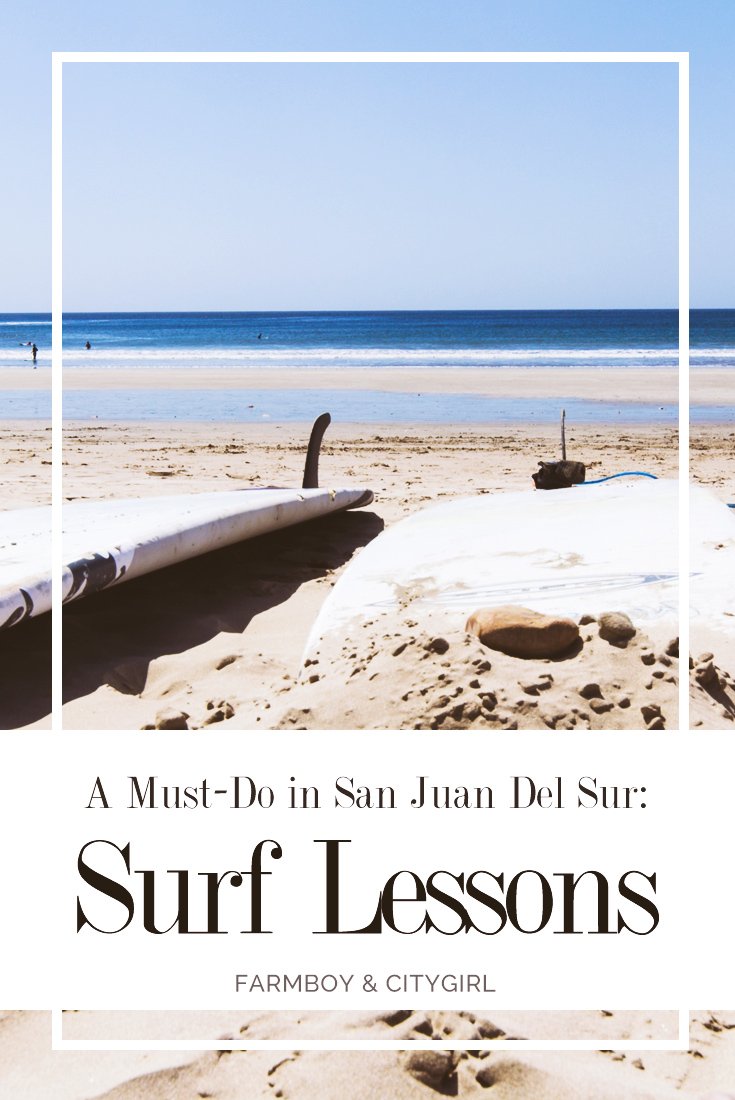 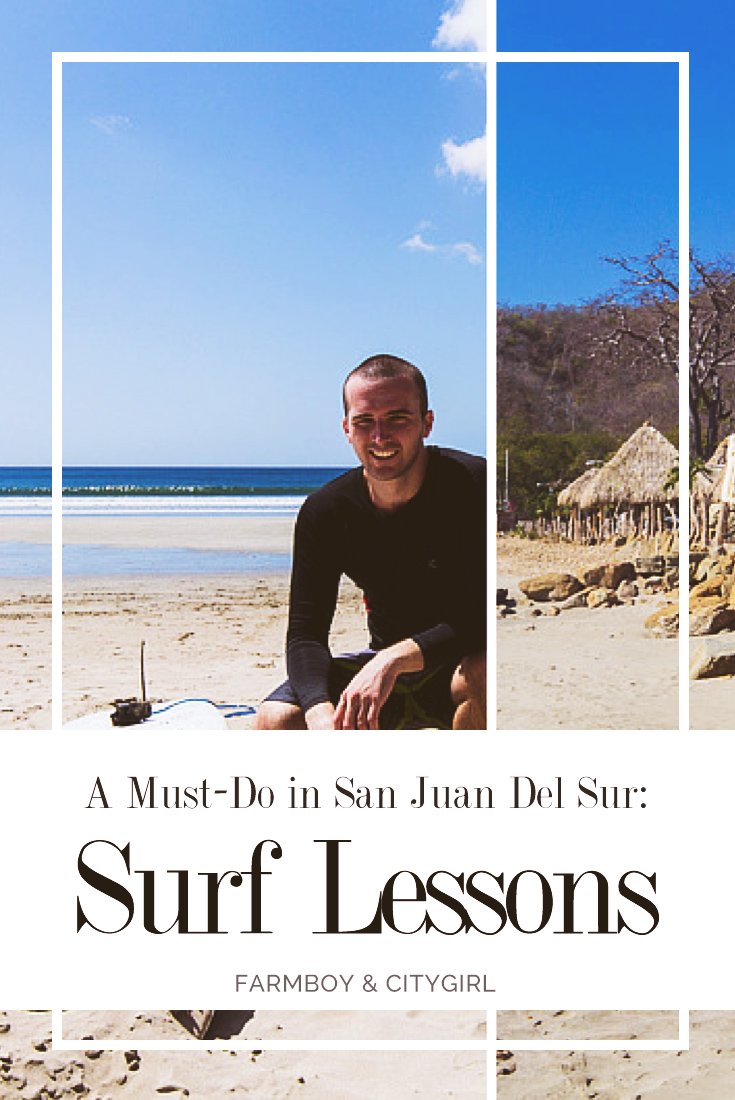