Whenever we get to a new city, one of the first thing we do is try a few restaurants. After all, if we’re going to be there for a while, we might as well find our favorites right away!

I thought I’d share our discoveries and the little gems we found so you don’t starve on the side of the road or get a food intoxication right after you get there! 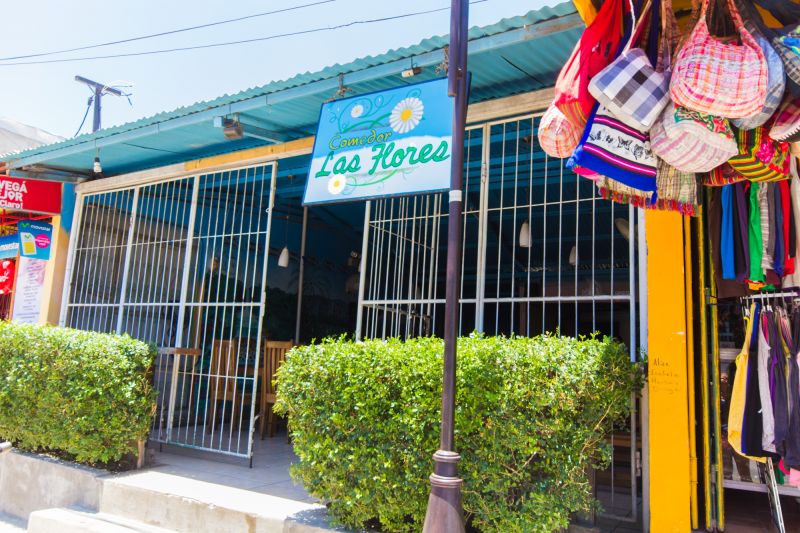 If you want some delicious local food, this is where you want to go! It was recommended to us by a local because otherwise we probably would have overlooked it. It’s the best place in town if you want food for a cheap price. You can get some delicious chicken there, with a side of rice, french fries, and a small salad, or you can get burritos, burgers and even ribs! Whatever you want, I bet they have it. 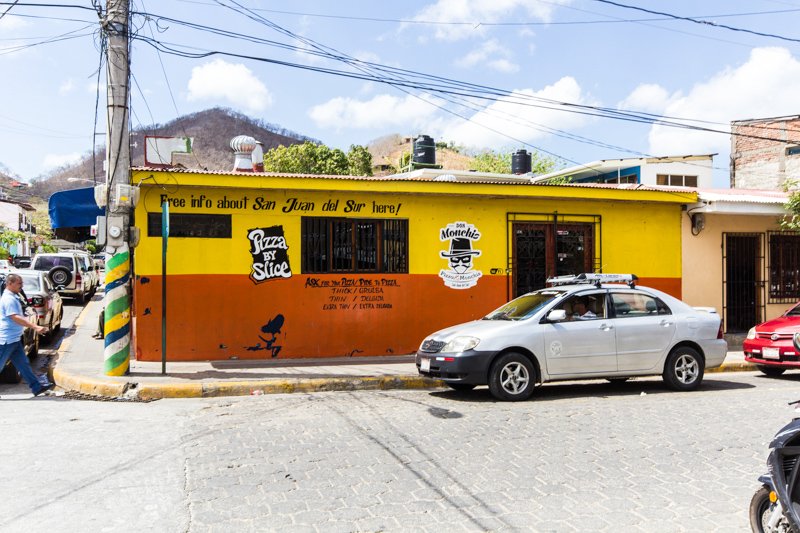 If you’re looking for a good pizza, this is where you’ll find it! They don’t have a very big/comfortable dining area, so you’ll want to take your pizza to go, but they have the best/cheapest in town! They put a lot of toppings plus you get a thick crust for less than the Italian pizza restaurants around town. We loved their Hawaiian and vegetarian pizza! 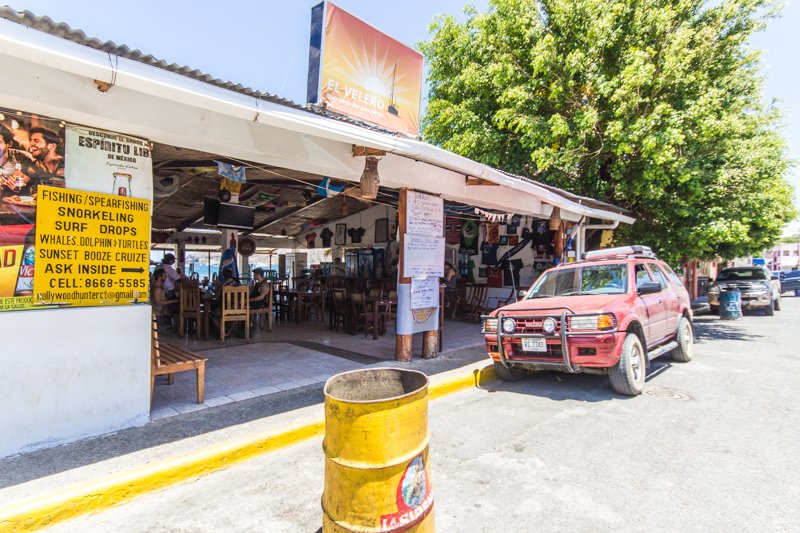 This expat bar serves great American food, like burgers and club sandwich! If you’re looking for a flavor from home (or some hangover food), this is the place to go! Also, they always have the sport channel on, so if you want to catch a game, this is where you’ll be able to do it. 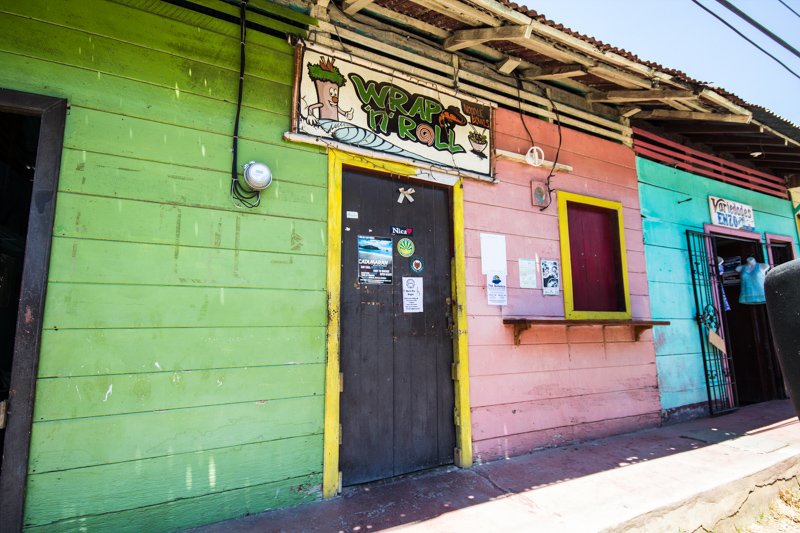 If you feel like eating some Asian food, you won’t find much in San Juan Del Sur except for Wrap N’ Roll. They have some pretty decent noodle bowl with a lot of veggies that you can get for a reasonable price (hear: cheaper than if you made it yourself!) The restaurant looks a bit shady, I have to admit it, but they do make good food! 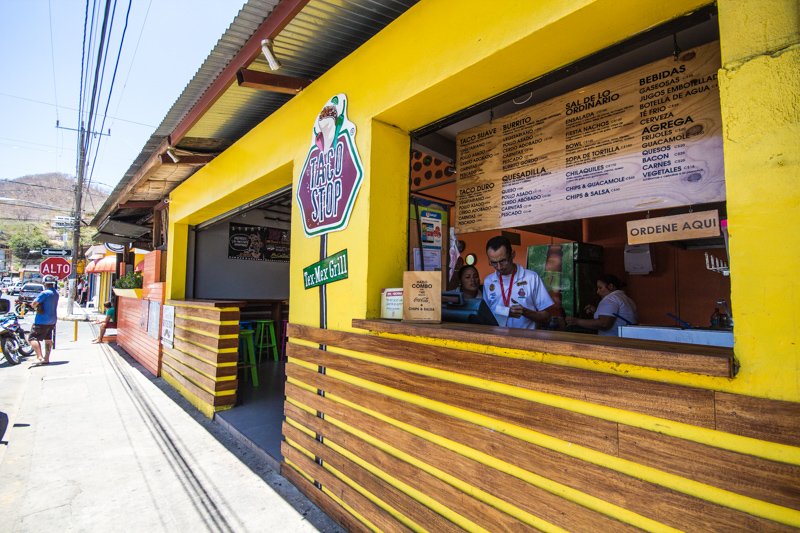 We discovered Taco Stop only at the end of our trip and I wish we would have tried it earlier! I still wasn’t feeling like tacos a year after leaving Mexico, but when I tried their burrito, I fell in love! Apparently, their tacos are also very delicious, according to Chris! So if you feel like tacos, this is the place to go! 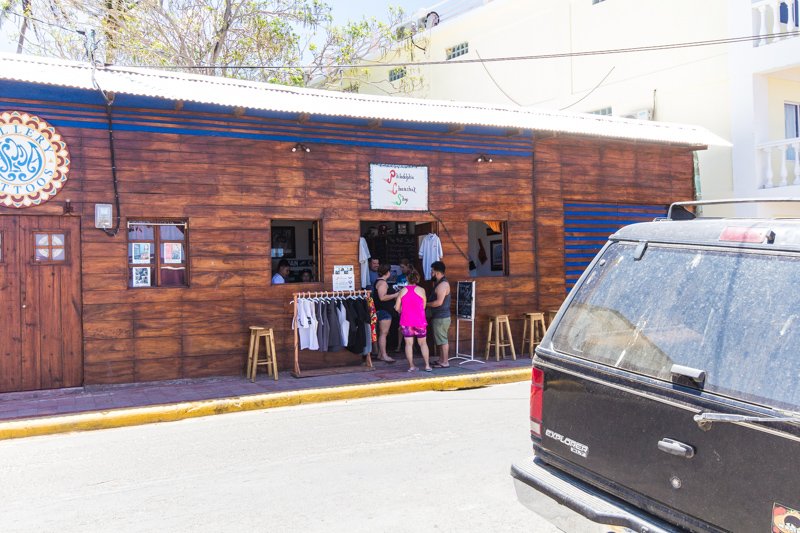 This a new restaurant that opened when we were in San Juan Del Sur and Chris tried it a few weeks later. They serve really amazing cheesesteak sandwiches and you get even get a half-sized one if you’re not that hungry! Also, they’re supposed to use the best meat out there, in case you’re really picky about your beef like Chris is! This place is not really as cheap as the other ones, but it is worth it once in a while 😉 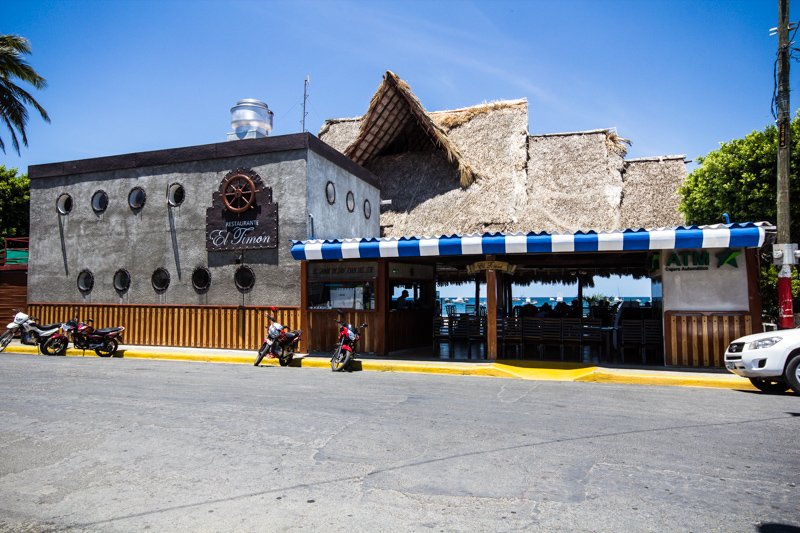 Other restaurants along the beach

I would honestly just skip those if you can. They are pretty much just overpriced for the view and their food aren’t that amazing. The only reason Chris and I went to those was for Happy Hours, which is the only time the prices are reasonable! 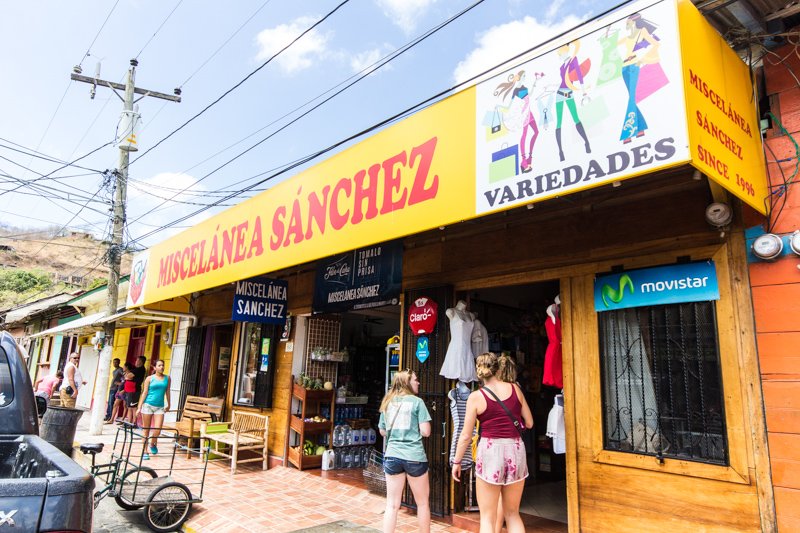 This is the place where we bought most of our products we needed to cook ourselves, and that’s mostly because the owner is such a sweet and nice lady. They also have quite a bit of imported products and for reasonable prices. We didn’t want to visit 20 grocery stores to get the best prices, but you could do it! We just went there and bought everything we needed. 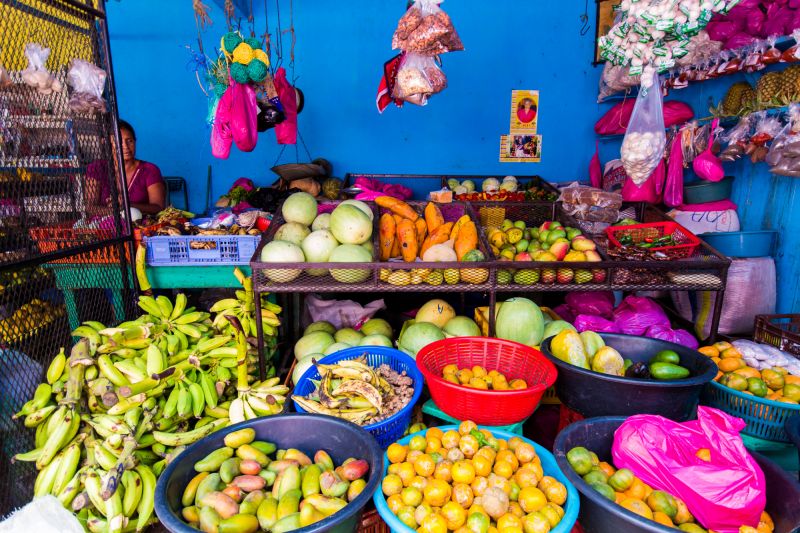 Hidden inside a big yellow building, this is where you’ll find all your fruits and veggies, as well as your meat if you want some. Chris and I pretty much turned vegetarian when we were there, so we didn’t cook/buy much meat, but that’s where you’ll find it! All the ladies at the market are super nice, but since there aren’t any prices on their fruits and veggies, if you don’t speak Spanish, you might get the Gringo price. Just make sure you know how much stuff is supposed to be worth (or learn it by being overcharged a few times) and you’ll be good! 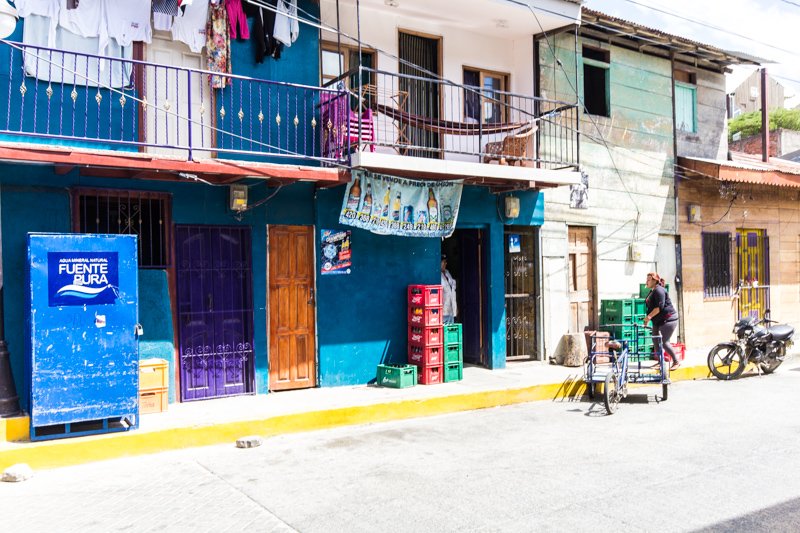 Okay, I honestly don’t know what the name of this place is, but they sell beer cheaper than at the grocery stores in town. The only thing is that it’s going to be warm beers you’ll have to put in the fridge (or the freezer) for a few hours before you can drink it. If you’re looking for something to drink right away, pay the higher price. Otherwise, you can go to this places and get a 12 pack for cheaper than anywhere else! 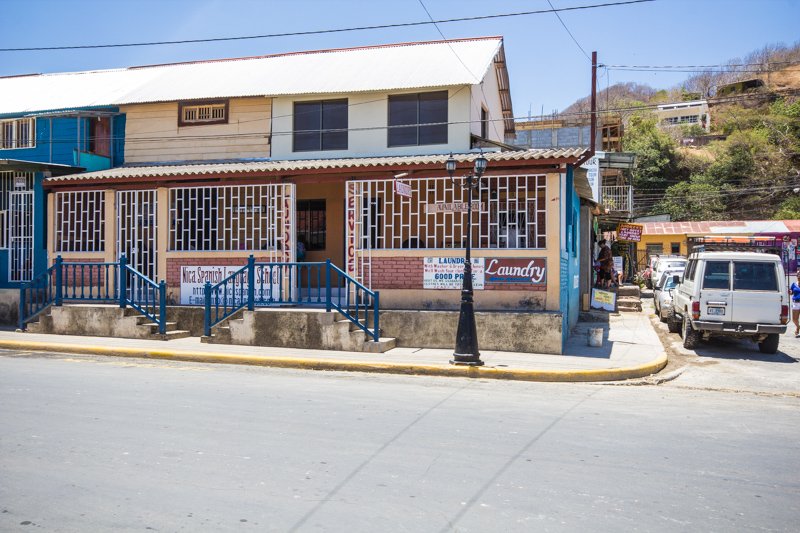 I bet the place where you’re staying won’t have a washing machine. If it does, LUCKY YOU! Otherwise, you’ll have to drop your laundry at some lady’s house and leave while she washes it for you. But you’re in luck, because I had to try several before finding one who wouldn’t lose ANY of my underwear! It’s the one right across from Casa Oro… But watch out, since there’s actually three laundry place on that corner. You want to go in the one that is also a Spanish School/Hostel. The lady there is pretty nice and she won’t lose your clothes! (Or she didn’t for the 20 times we went there, anyway)

Hopefully, this helps you either plan your trip to San Juan Del Sur or at least gives you a hand while actually being there! 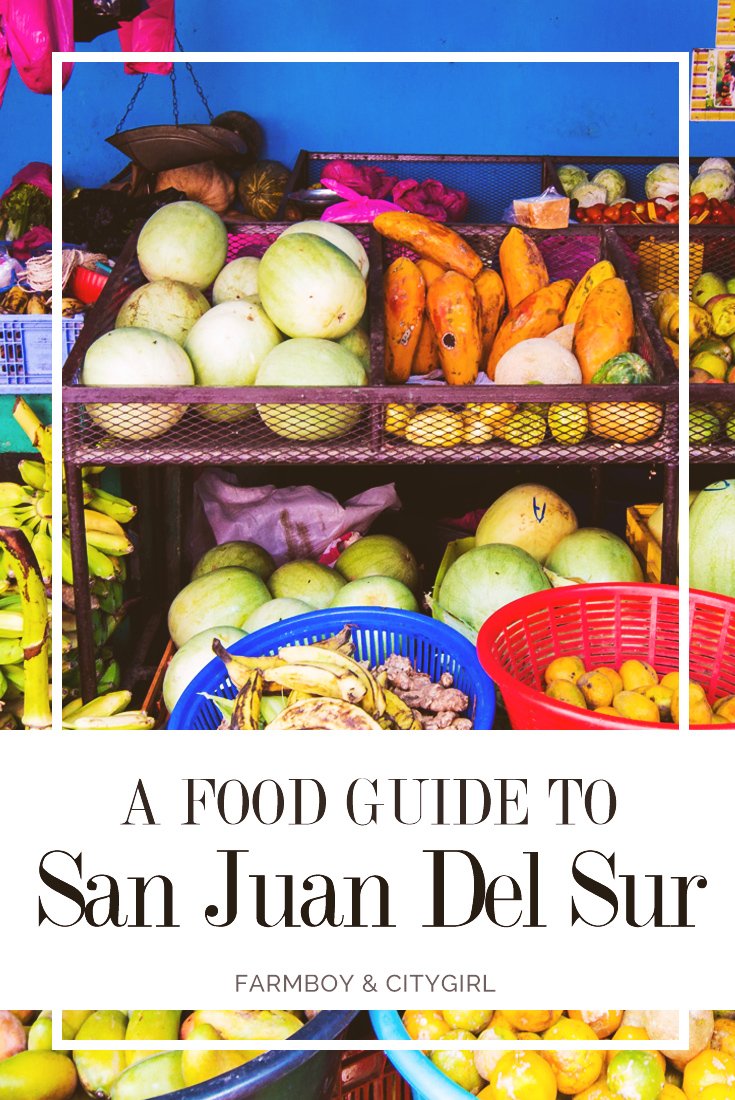 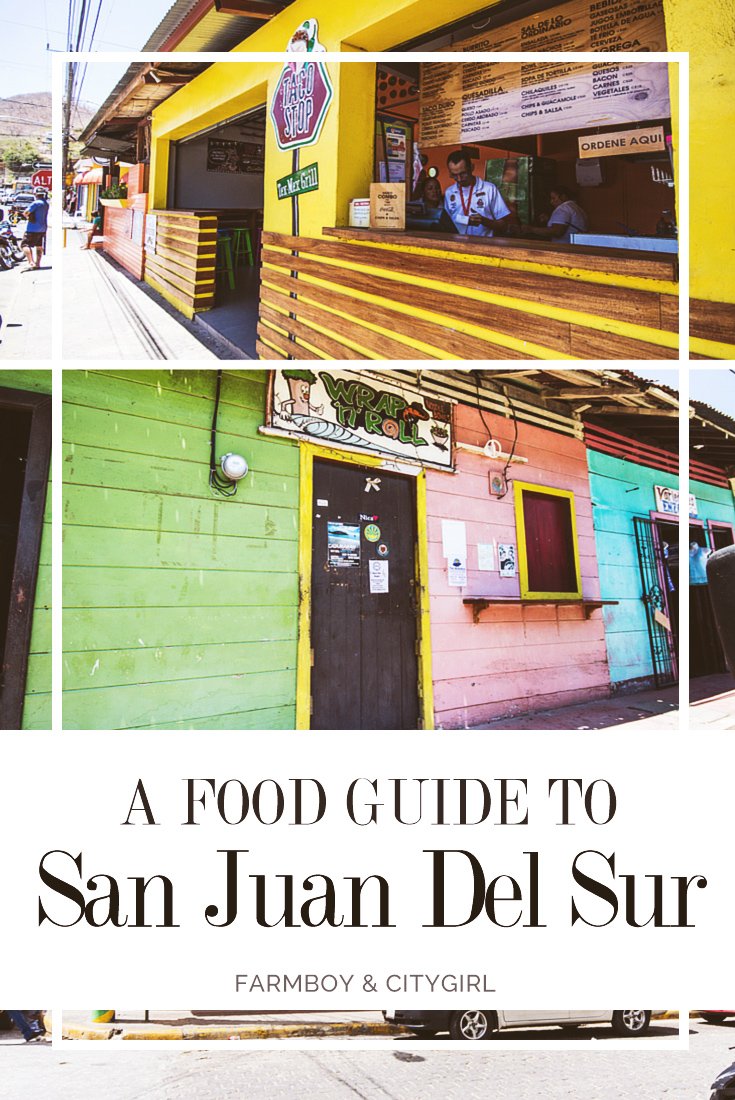