After spending a quick but relaxing two days on Ometepe, it was time to hit the mainland again and hop on a taxi that would take us to Granada. Once we arrived in Nicaragua, I made a list of the places I wanted to visit, and Granada was the last one to check off my list.

We arrived in the early afternoon, which gave us almost an extra day in Granada! I wasn’t sure how long the taxi from the hotel in Ometepe to the port, the ferry and the taxi to Granada were going to be, so the only thing I’d planned for that day was walking around the city.

After dropping our bags at the hotel, that’s what we did. 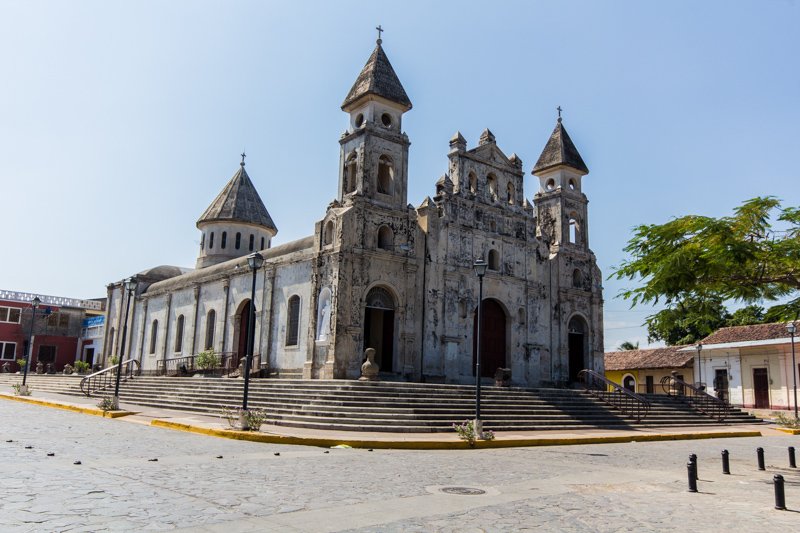 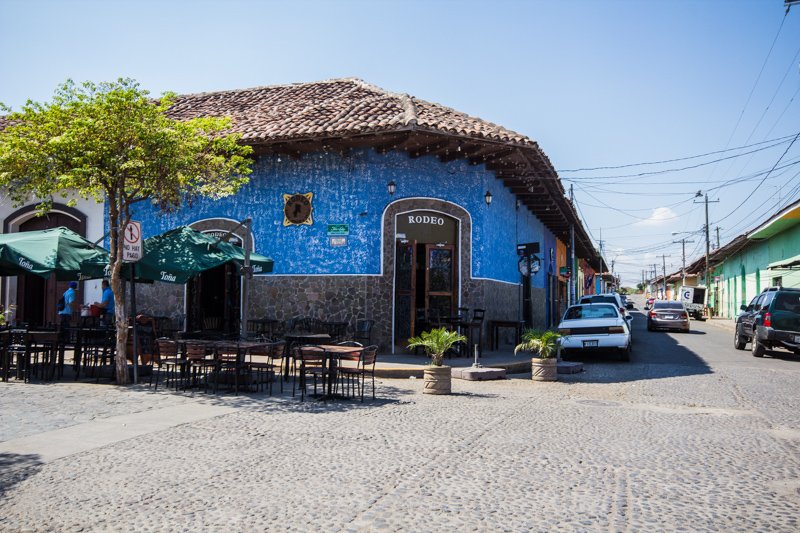 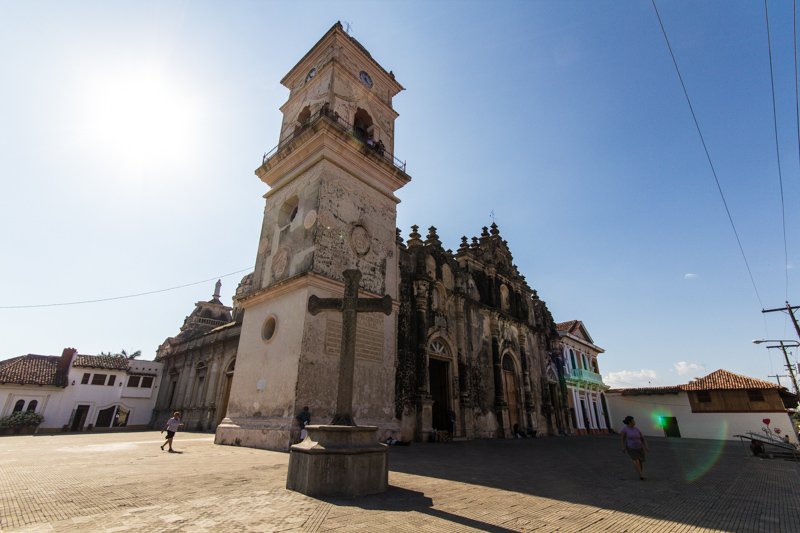 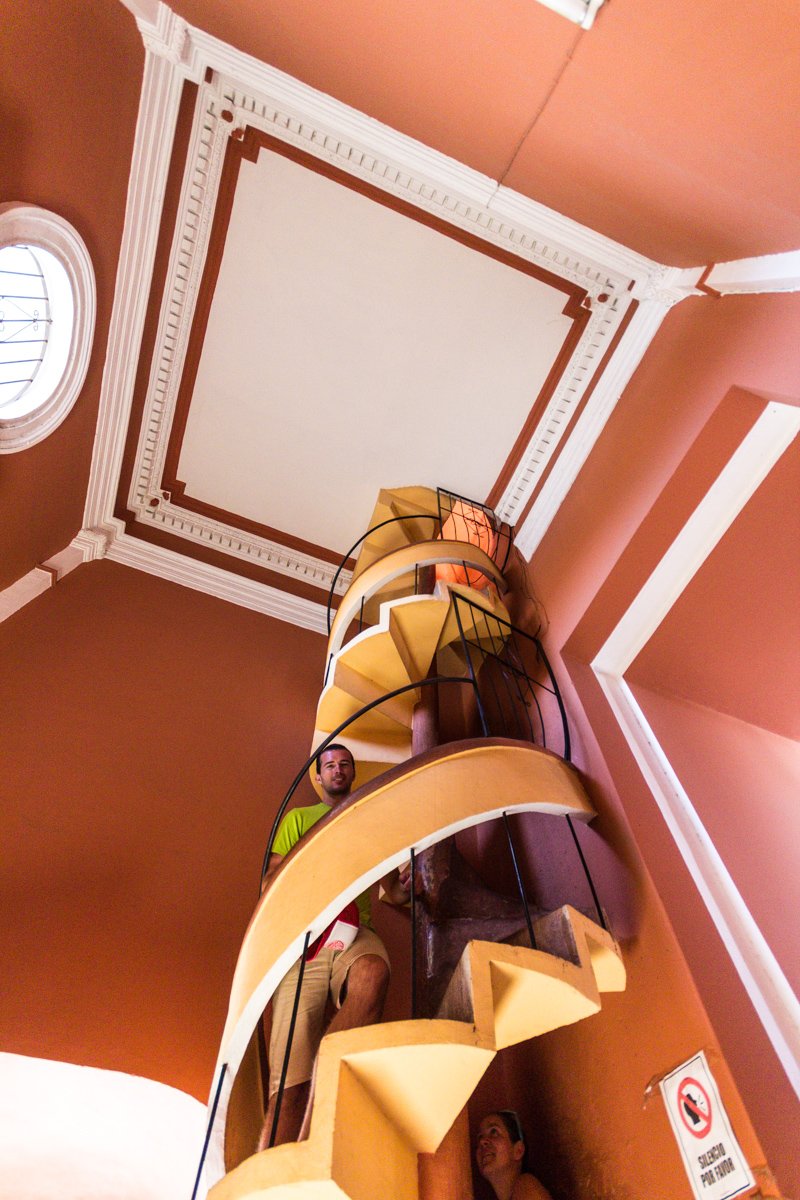 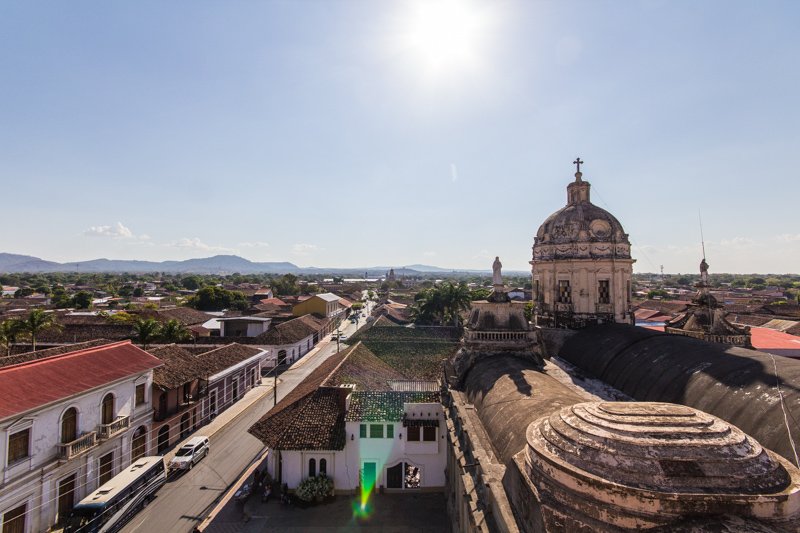 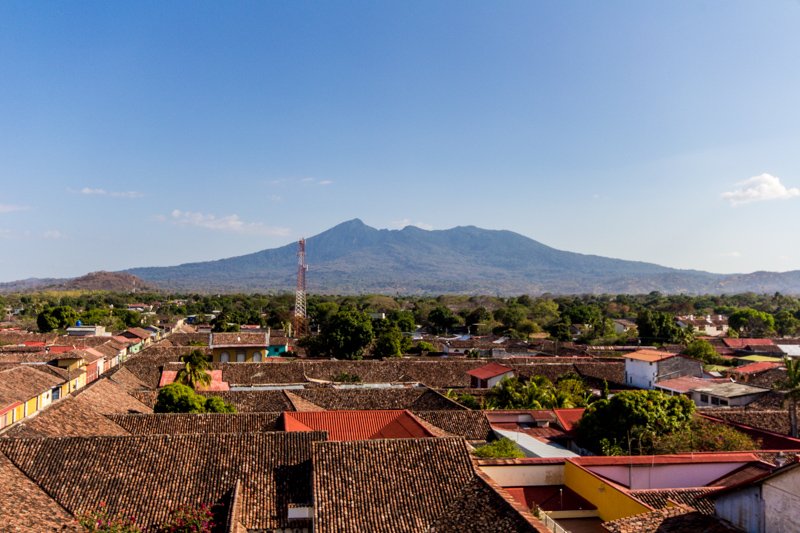 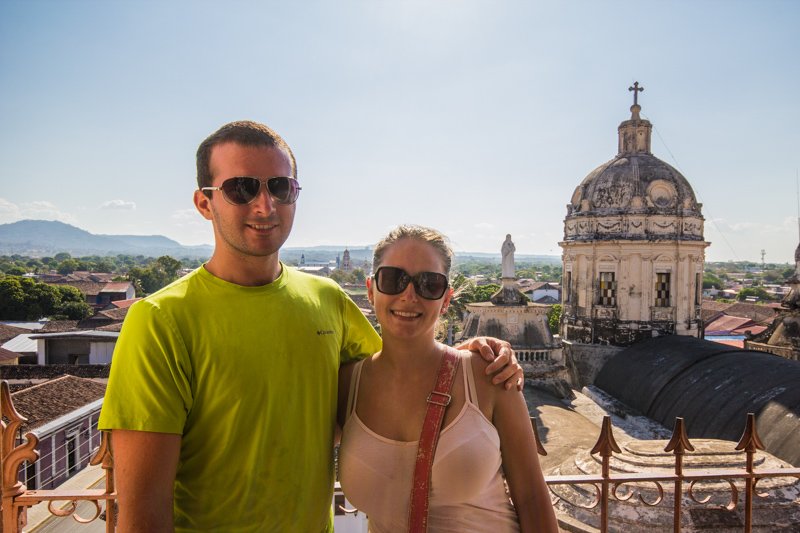 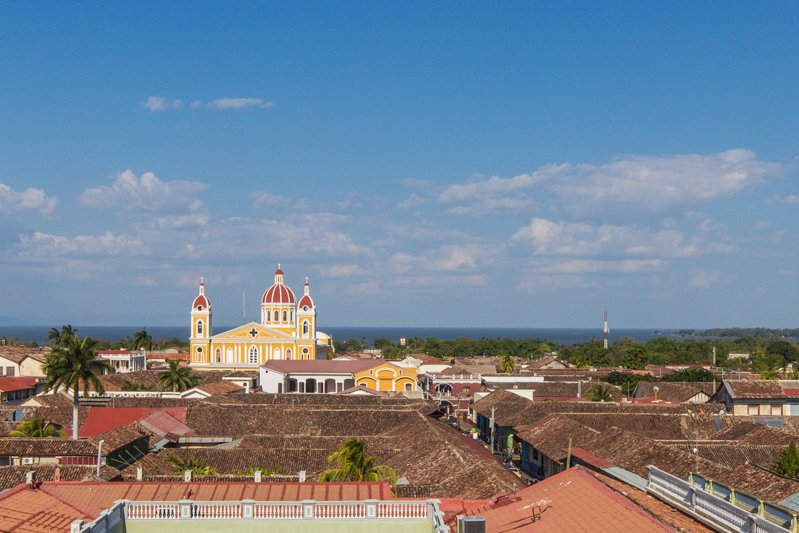 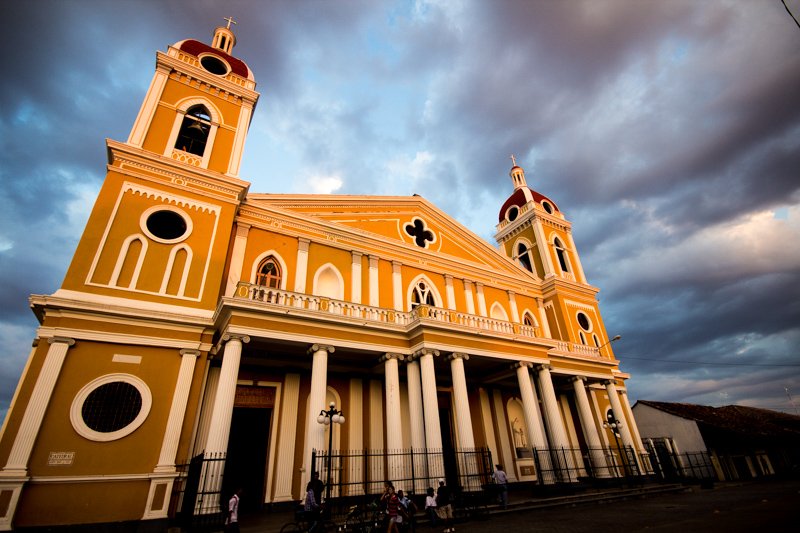 I also wanted to climb a church and see the amazing city of Granada from up top. You can climb in the Cathedral, but we decided to go to Las Mercedes, and I was very happy with my choice! The view of the volcano and the cathedral are definitely worth the $1/$2 fee they charge you to climb. There are not that many stairs to climb, but they can be a bit small, almost dangerous, at times. So just make sure you look at where you put your feet and hold on to the wall.

It didn’t take us very long, though, to be done with our walk around town. Granada isn’t nearly as big as other cities like Paris or London. You don’t need a week to see it all. Only a couple of hours is enough. Wondering what to do next, since it was still relatively early, we decided to head to the Choco Museum, not knowing what to expect. We’re chocolate lovers, so it couldn’t be bad, could it?

When we went in, we realized that there was a chocolate making activity starting in 5 minutes. We didn’t wait very long before jumping on it, as we had nothing else to do and it was something we hadn’t done before!

And it was a lot of fun! 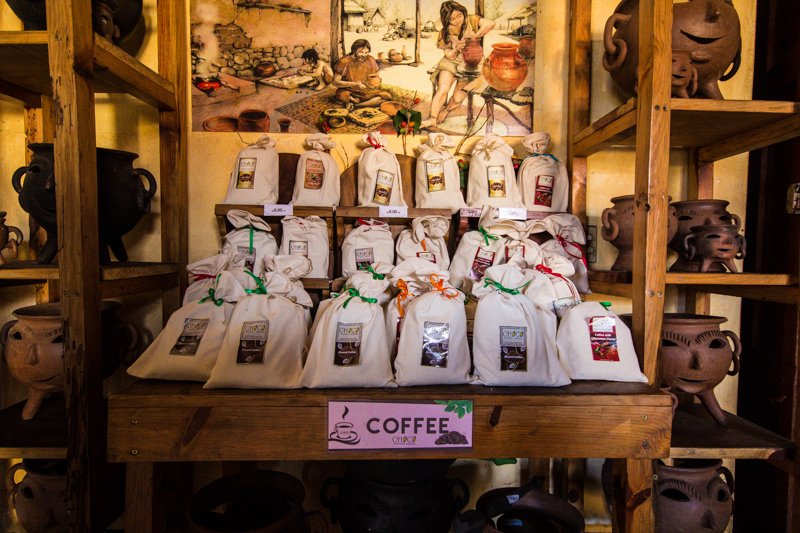 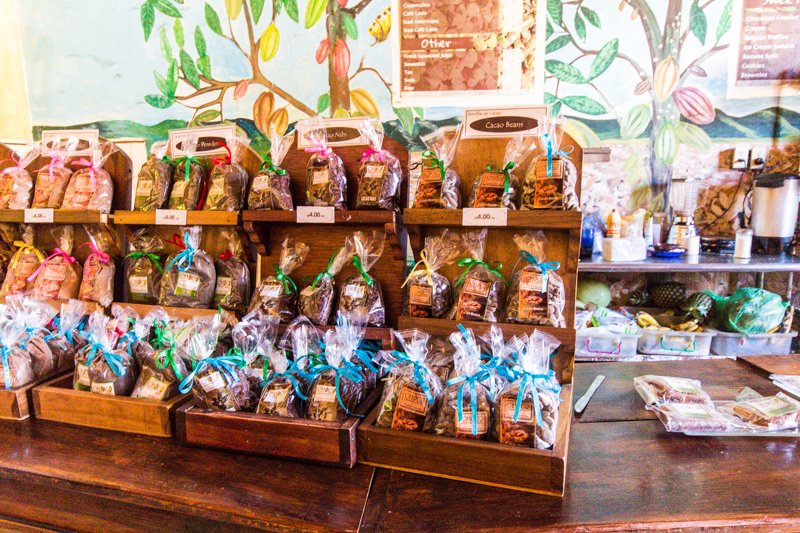 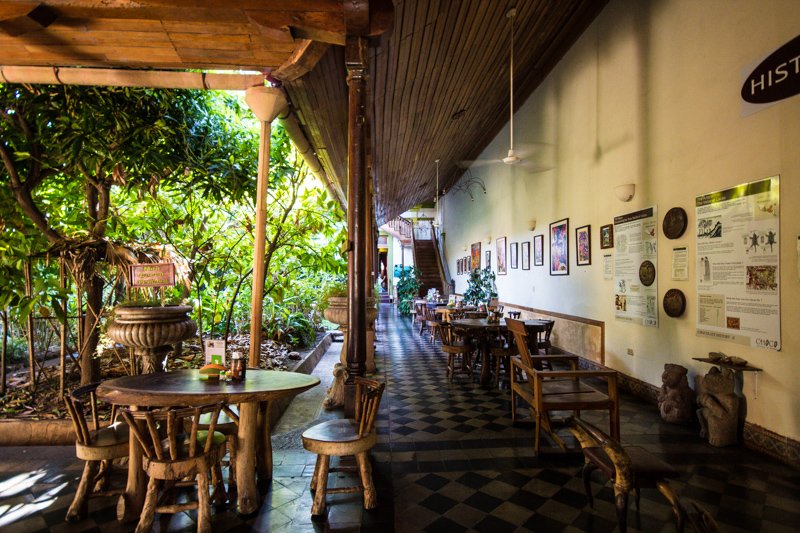 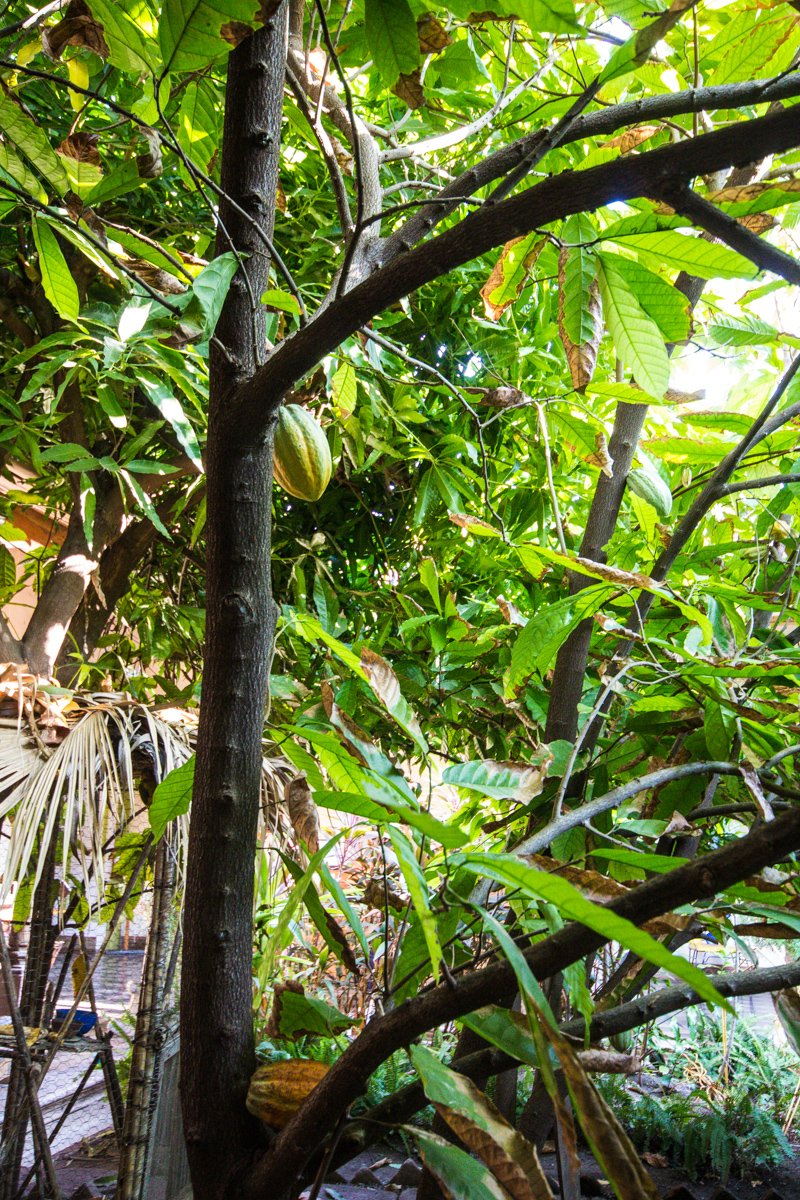 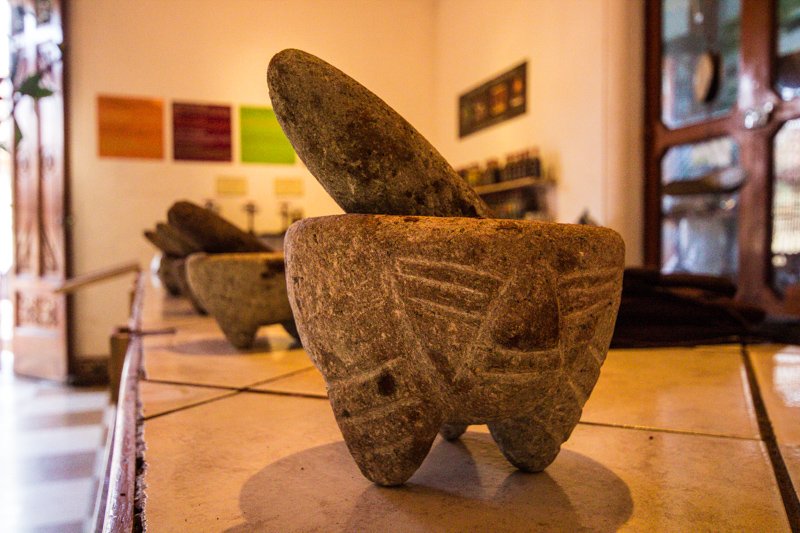 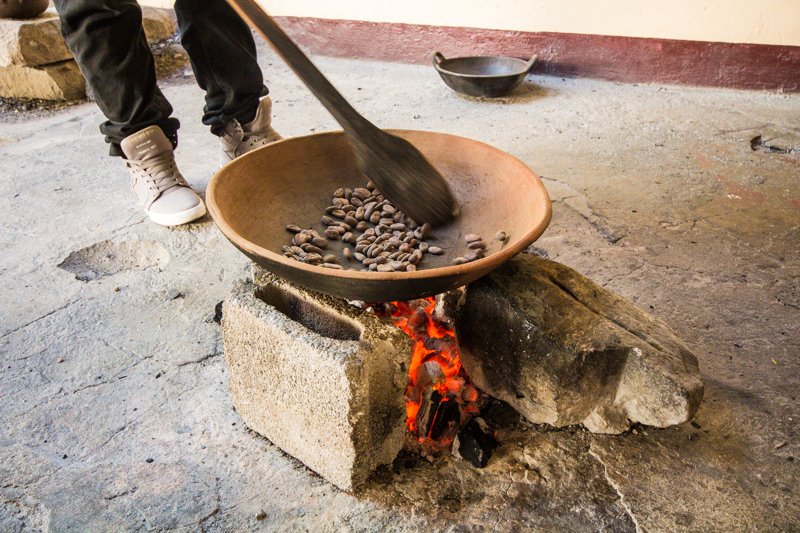 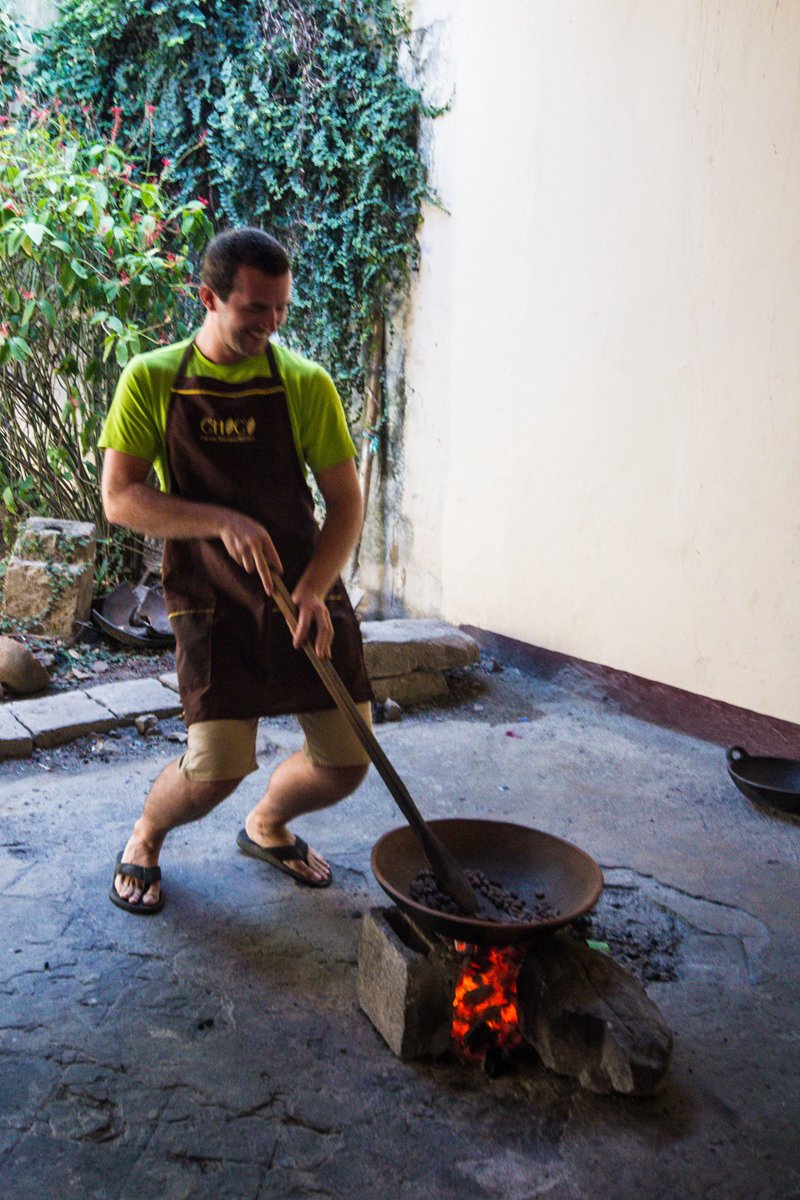 Our tour started by roasting the cocoa beans and chanting around the fire. Honestly, it was the most fun I’d had in a while! We all went and stirred the beans as they cooked in the clay pot, and you could soon hear them pop like popcorn. It’s one of the signs that they’re ready. 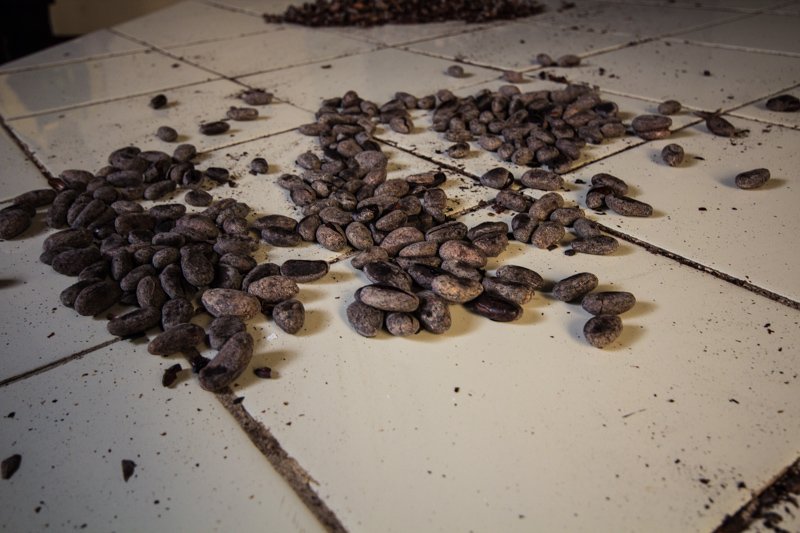 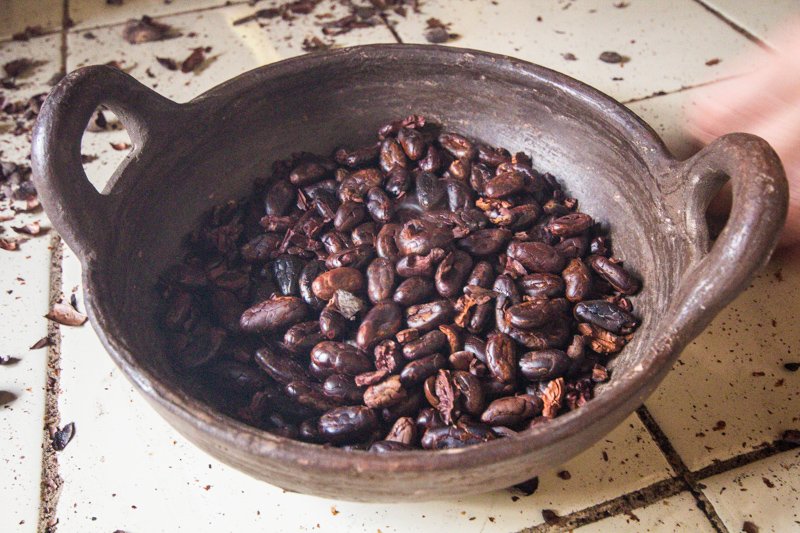 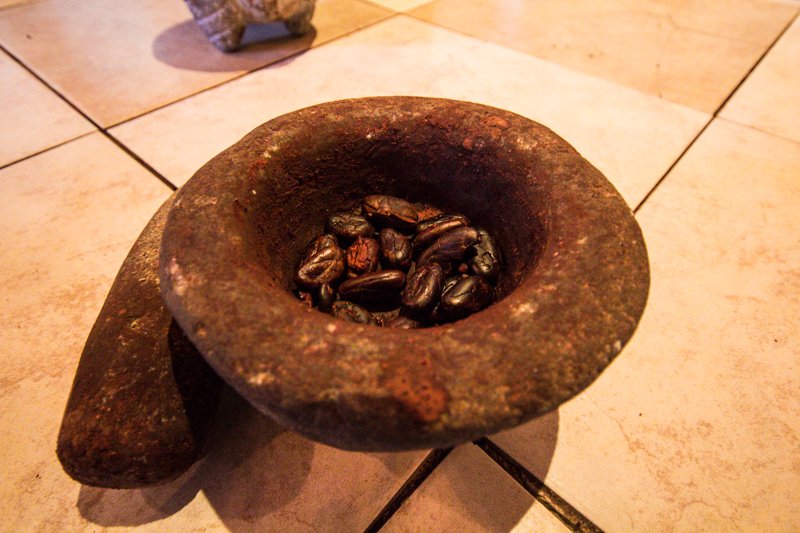 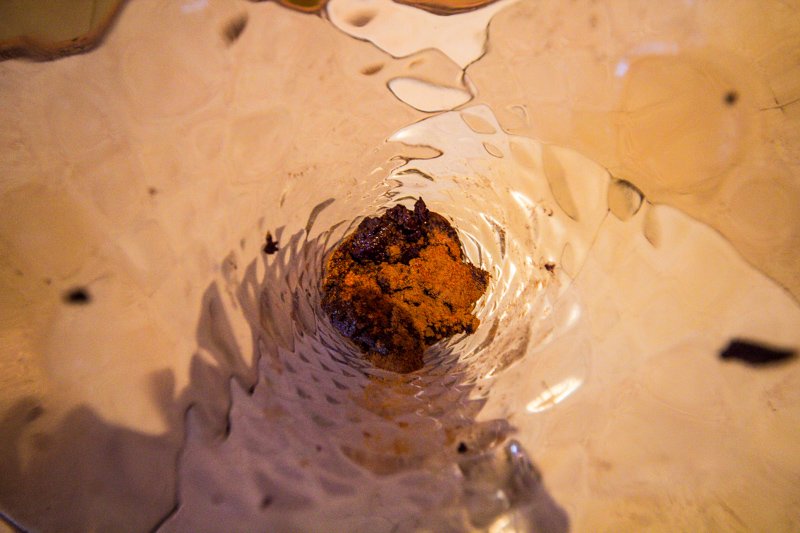 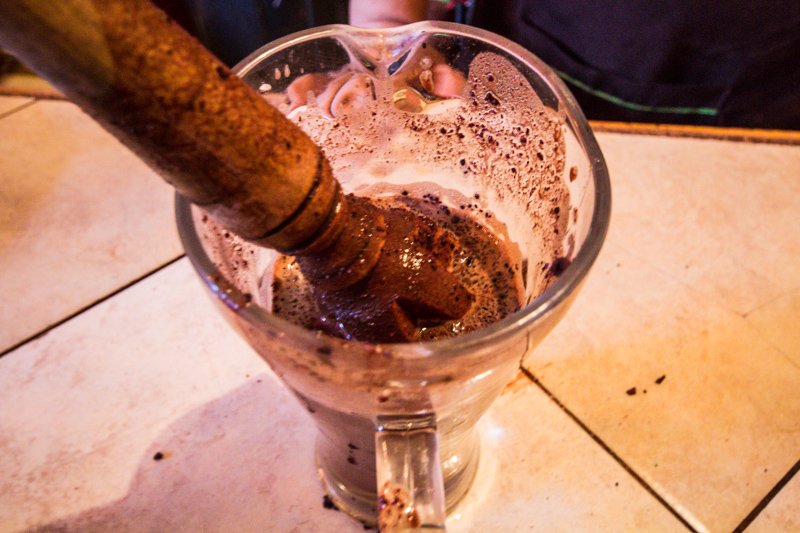 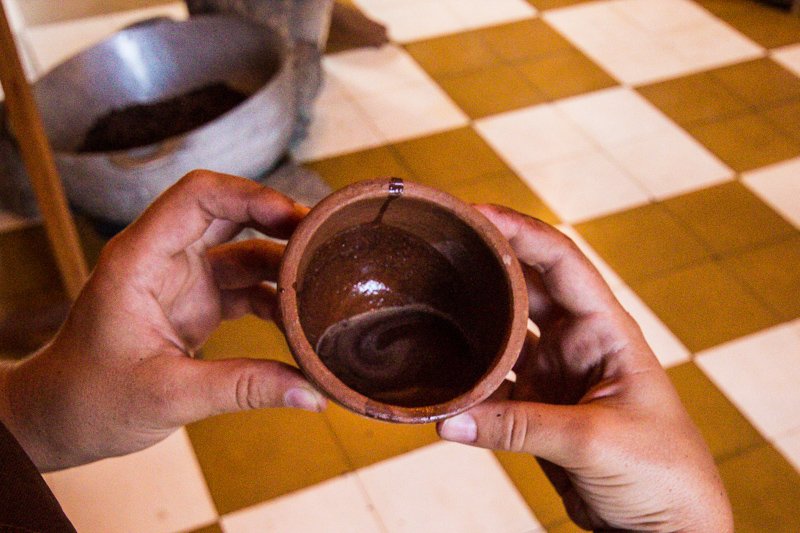 Next, we removed the outside part of the beans, trying not to break them at the same time (which isn’t necessarily easy). Once that was done, we came back to the front of the building, and each got a small bowl where we would smash the beans. I was expecting them to turn into some kind of powder at one point, but it actually turned into a paste! We then used that paste to make two drinks: an Aztec spicy chocolate beverage and a Spanish hot chocolate. I preferred the hot chocolate by a long shot since it was a lot creamier. (The Aztec drink had a base of hot water instead of milk).

The last thing we did during the tour was make our own chocolate bar. We were given some 70% chocolate with two ingredients of our choice: I chose to add almonds and cinnamon while Chris went with almonds and sea salt. Mine ended up tasting better because his had waaaaay to much salt that it overpowered the chocolate.

So if you want salt in your chocolate, it’s good! Just don’t put too much. 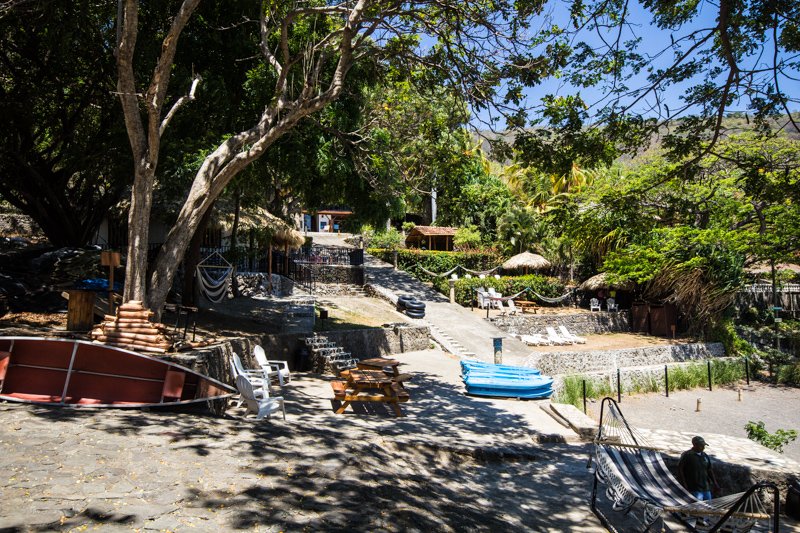 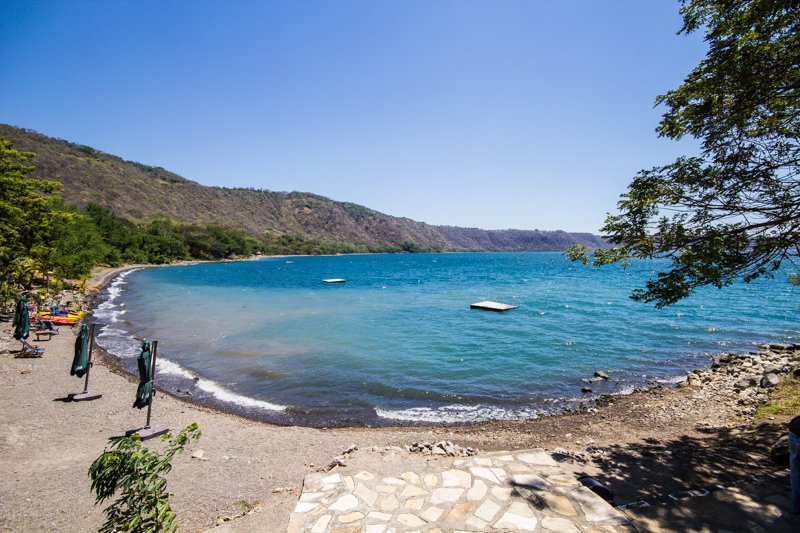 The next day, we only had one thing on our to-do list: relax at the Laguna de Apoyo. It’s a lake inside the crater of a volcano that is supposed to have the clearest water in Nicaragua. It didn’t have extra clear water when we were there, but that didn’t stop us from swimming in it.

We decided to go to the Monkey Hut, which is a hotel on the side of the lake that also lets you use their facilities during the day for $6 per person. We found a bunch of chairs with a hammock close and relaxed there, with the new friend we’d just made: an old dog that lived on the property.

There are also kayaks that you can use, but it was a bit too windy for us after our experience on Ometepe. 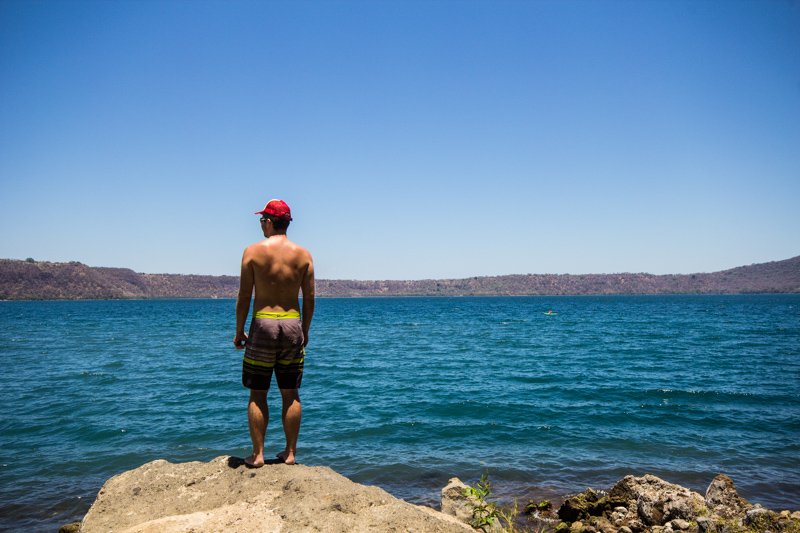 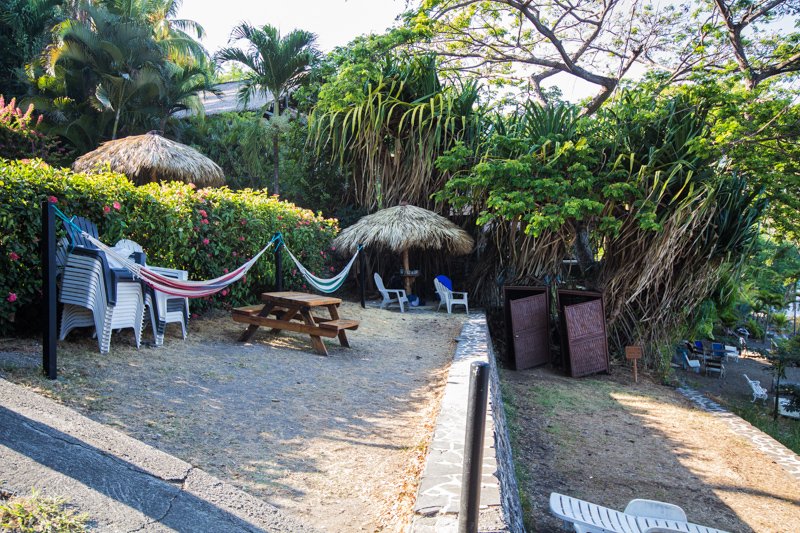 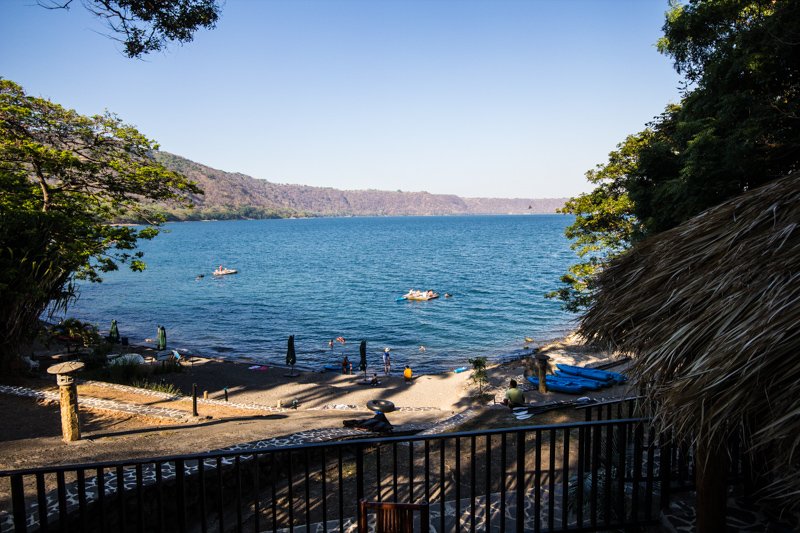 And that, unfortunately, concluded our time in Nicaragua. Three days later, we were flying out of Managua and back to Canada! Nica, we’ll miss you! 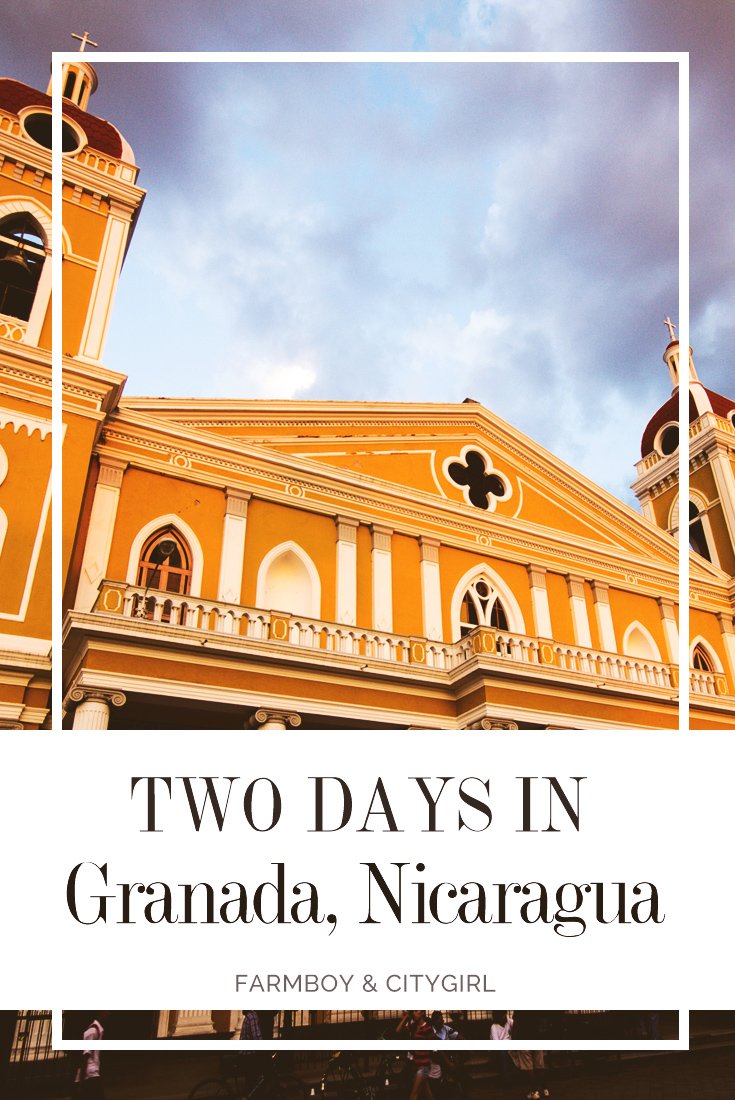 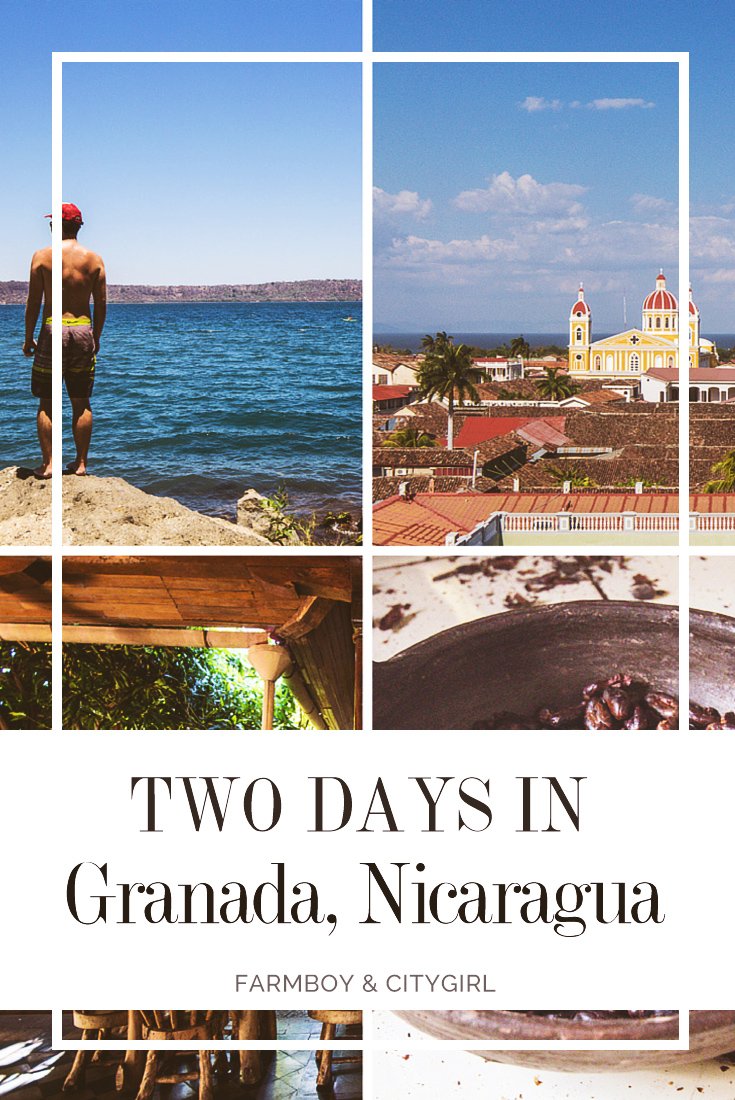